Home News Ayu no Kaze: the Eternity of Asako Shimazaki 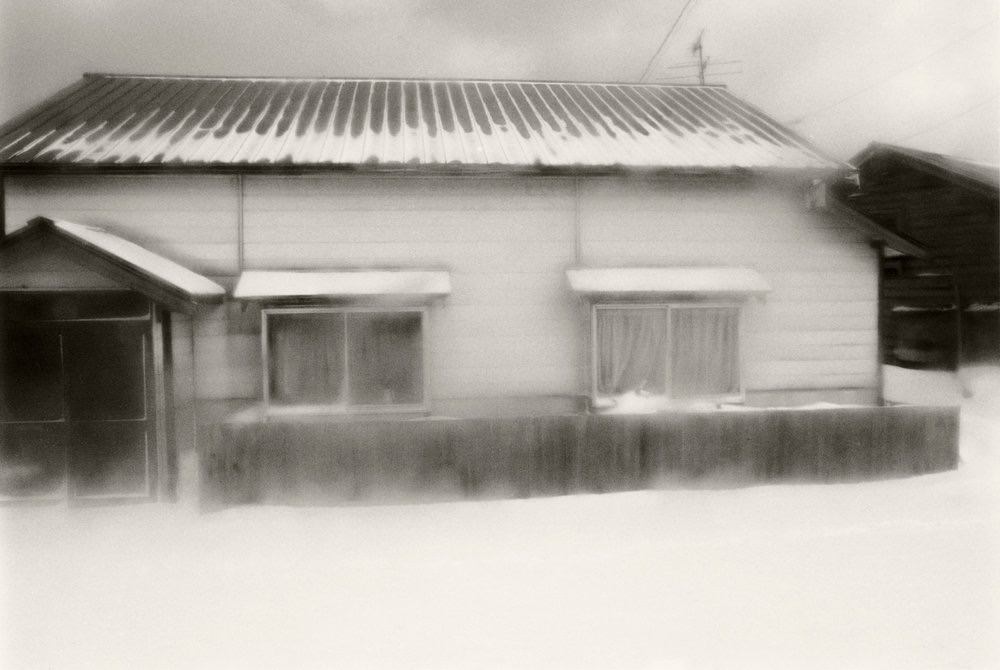 Found in Japan’s oldest poetry book, Ayu no Kaze is a sailor’s phrase meaning “the wind of promise”. Just as the ancient word “ayu” translates to “the sea brings various things to the land”, so the phrase has spread to all the islands of Japan, intertwining the lives of ordinary people, in popular songs sung by fishermen, merchants, travelers and immigrants alike.

After moving to the United States, Shimazaki returned to Japan several times to visit his homeland. Choosing to work alone early in the morning, wandering from the north, through the center, to coastal Japan, almost no people live in his photographs of the summer and winter countryside.
Only through the mild sun and blizzards, his images are an exploration of a land left behind.

A diary of craving and serenity, Shimazaki’s gaze poetically alludes to life transitions that are at the same time intimate privately and deeply universal. The photographs land gently, silently revealing the greatness of the elements, both internal and external, which are charged through the landscapes and its objective – as she says “regardless of the changes in our life and culture, Ayu no Kaze returns every year. It speaks to me of eternity. “

Asako Shimazaki was born in Tokyo, Japan. His photography captures the essence of light. His works are represented as part of the permanent collection at the San Francisco Museum of Modern Art and his body of works entitled “Ayu no Kaze” was published by the TBW books in autumn 2019.

Shimazaki moved to the Bay Area 35 years ago, where he graduated in photography from the San Francisco Art Institute. He exhibits his works both in the United States and in Japan. In addition to his artistic activities, Shimazaki is also a mother and Montessori kindergarten teacher.