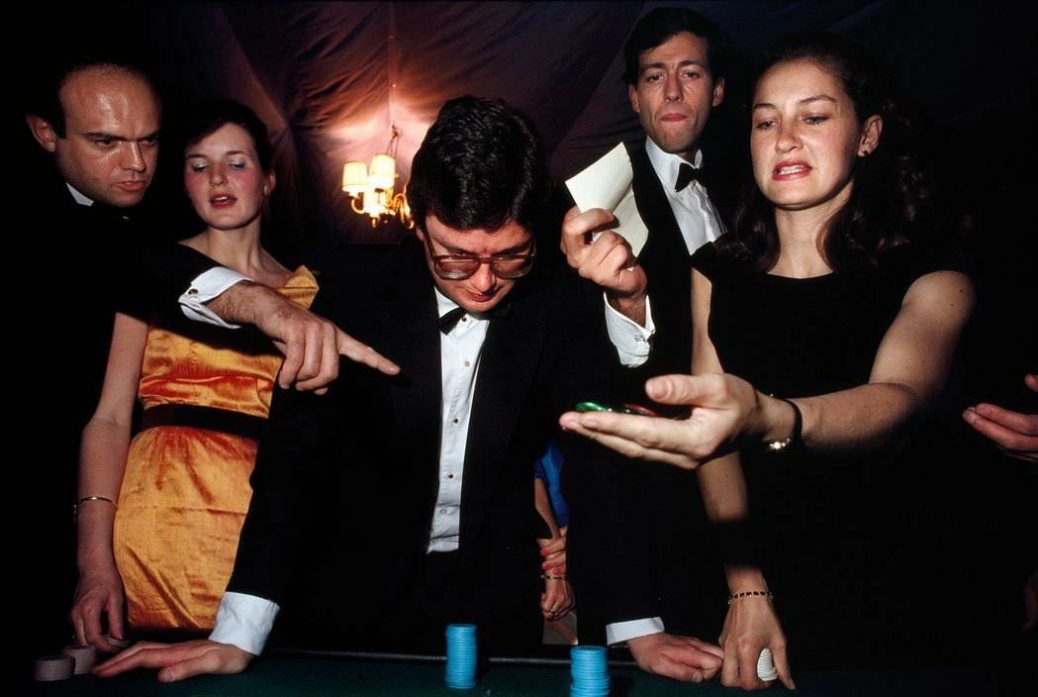 “There is only one famous person in the book,” says Chris Steele-Perkins of his photobook The Pleasure Principle.

“It was a deliberate choice as I wanted the book to be about ‘ordinary’ people. The one exception is Margaret Thatcher as she defined Britain in the 80s in a way nobody else did. I could argue that while she is clearly center frame, the photograph is as much about the acolytes and her effect on them, than it is about her. The photo was taken at the Conservative Party ball in Blackpool at the moment she made her entrance. I think I made a couple of frames before being pushed and elbowed aside by the mob of fans, press, and security.”

Some of the most seminal photo stories in history have been created by people from one Nationality observing another – Swiss-born Robert Frank’s view of The Americans is a revered example of this. Steele-Perkins, himself born of a Burmese mother and an English father, had grown up in a country he never felt fully part of. Through this body of work published in 1989, he observes, often as an outsider, the rituals that different people employ in pursuit of happiness and how communal activities can cut across class and location. What we witness via these images is both familiar and uncomfortable.

The exhibition at Leica Gallery London will showcase 22 prints from The Pleasure Principle, including some now very rare vintage Cibachromes – the majority of the Cibachromes made at the time have now been acquired by Tate.

Chris Steele-Perkins studied psychology at Newcastle University (1967-70) before moving to London in 1971 where he worked as a freelance photographer.

He worked extensively in Britain and abroad throughout the 1970s, and in 1979 published his first book; The Teds. He joined Magnum in the same year and began working on projects in the third world. He continues to work in the UK and abroad. Chris Steele-Perkins is represented by Magnum Photos, London.

Chris Steele-Perkins is a Magnum photographer whose work has been seen in most major publications in the world. In 1988 he won both the World Press Photo Oskar Barnack Award and the Tom Hopkinson Award for Photojournalism; in 1989 he won the Robert Capa Gold Medal. He has published a number of books including The Teds (1979, Travelling Light) and Beirut Frontline Story (1982, Pluto Press).