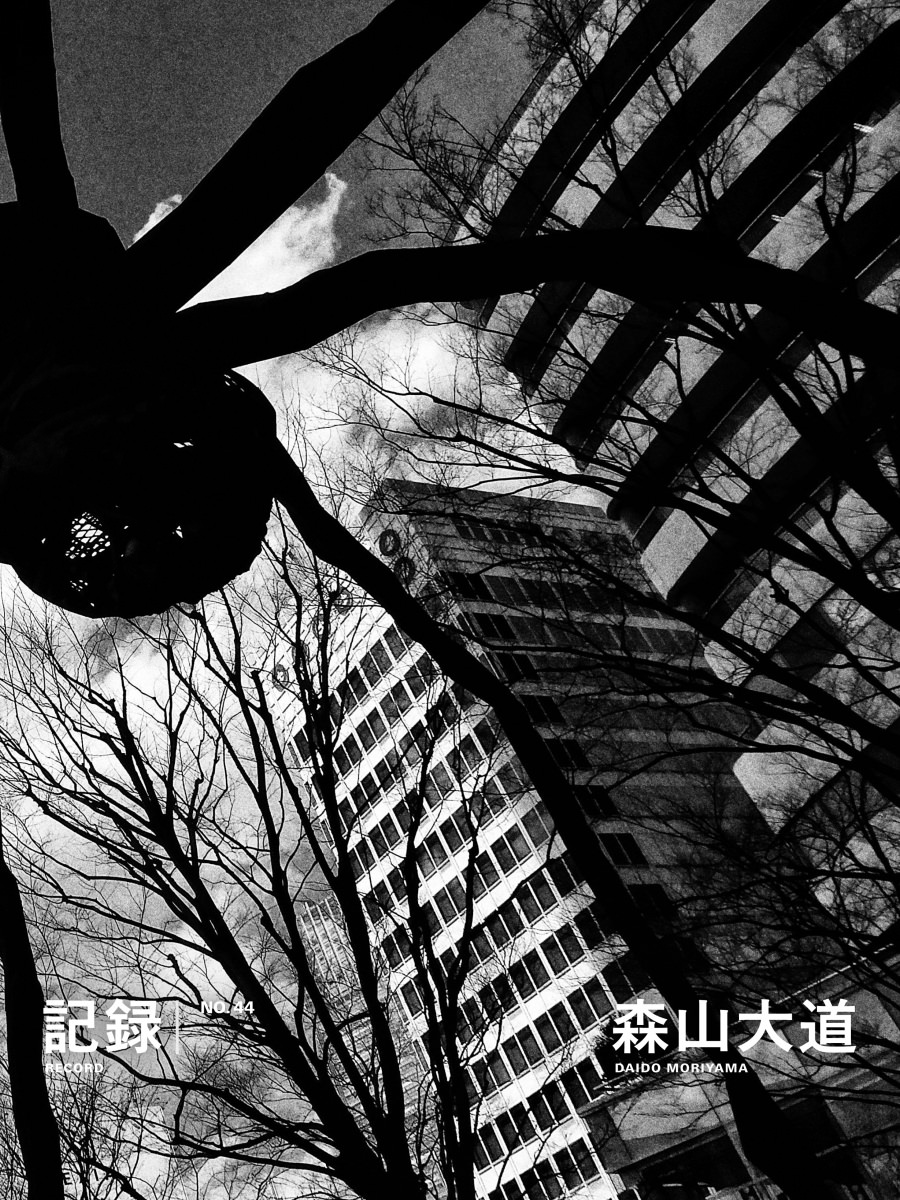 “Slightly delayed due in part to the coronavirus, we just completed “Record” No. 44. As people were told to stay inside, I spent about two days vegging out at home, and while all the world started talking about “telework,” it occurred to me that, what I’m doing for a living would probably have to be called “footwork.”

So I grabbed my camera and – very reluctantly – my face mask, jumped on a bus and then a train, and spent day after day wandering around Nakano and other stations on the Chuo Line.

Quite naturally, there were only a few people in the streets, and most shops had their shutters down, so walking through these sceneries felt in a way like walking through open movie sets. This had a special kind of appeal by itself, so I went on clicking away as usual. And while doing so, one thing that I realized – or rather, that sank into my mind once again – during my careful observations was that, whenever something big happens, the whole world is turned upside down as easily as a flip of the hand.

As I usually go on my photo shooting sprees while mixing with the crowds in the city, I didn’t experience all that without a somewhat unsatisfying sense of bewilderment at first, but soon the photographer in me jumped up and declared that it was fine as it was and that I should be capturing these things too, so in a way, my mind had flipped over as well. I guess this is how I responded to that glimpse of abnormality that had sneaked into my daily routine. While I don’t know when and in what form I will be able to show the resulting photographs, for now, here is a volume of “Record” that contains a selection of pictures taken shortly before and up to the time when the fuss about corona started.” – Daido Moriyama

Born 1938 in Osaka. After working as an assistant for photographers Takeji Iwamiya and Eikoh Hosoe, he went independent in 1964. He has been publishing his works in photography magazines among others and received a New Artist Award from the Japan Photo Critics Association for Japan: A Photo Theater in 1967. Between 1968 and ’70 he was involved in the photo fanzine Provoke, and his style of grainy, high-contrast images that came to be referred to as “are, bure, boke” (grainy, blurry, out-of-focus) made an impact on the realm of photography.

Solo shows at New York’s Metropolitan Museum of Art and the Fondation Cartier pour l’Art Contemporain in Paris solidified Moriyama’s worldwide reputation, and in 2012, he became the first Japanese to be awarded in the category of Lifetime Achievement at the 28th Annual Infinity Awards hosted by the International Center of Photography (ICP) in New York. The “William Klein + Daido Moriyama” exhibition together with William Klein at London’s Tate Modern in 2012-13 was a showdown of two immensely popular photographers that took the world by storm.