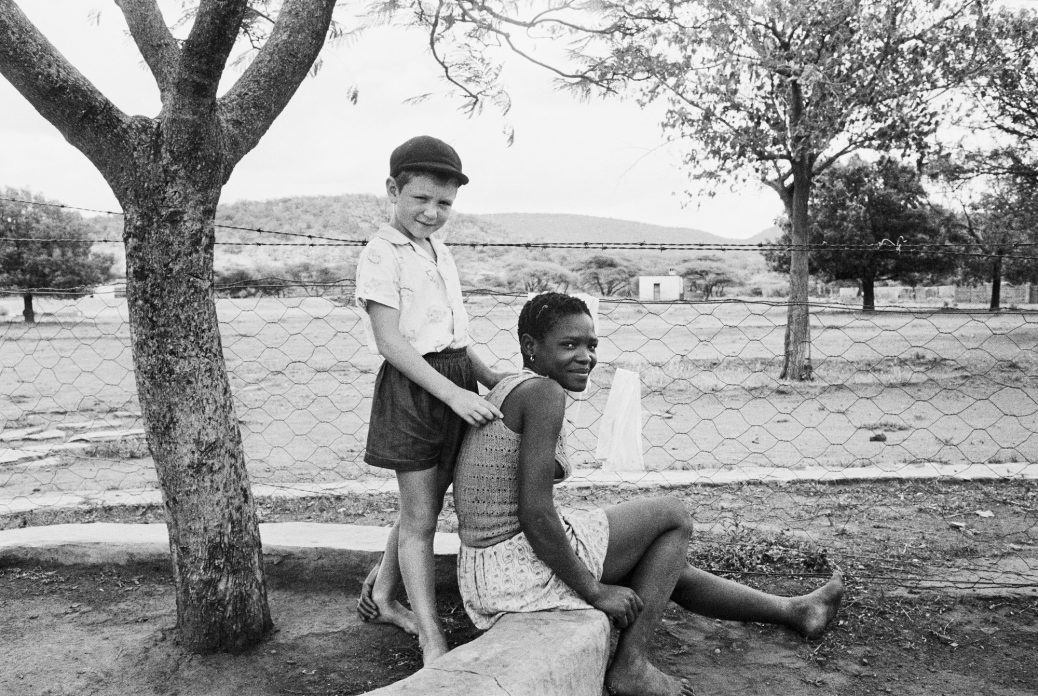 Goldblatt began working on Some Afrikaners photographed, first published in 1975, in 1963. He had sold his father’s clothing store where he worked, and become a full-time photographer. The ruling Afrikaner National Party—many of its leaders and members had supported the Nazis in the Second World War—was firming its grip on the country in the face of black resistance.

Yet Goldblatt was drawn not to the events of the time but to “the quiet and commonplace where nothing ‘happened’ and yet all was contained and immanent.” Through these photos, he explored his ambivalence towards the Afrikaners he knew from his father’s store. Most, he guessed, were National Party voters, yet he experienced them as “austere, upright, unaffected people of rare generosity of spirit and earthy humor.” Their potency and contradictions moved and disturbed him; their influence pervaded his life.

The book includes an essay by South African writer Antjie Krog: “Three kinds of Afrikaners look out at us from these photographs,” she writes, “of which the poor Afrikaner is the most haunting—the simple one who, by the sweat of his brow, eats his bread in isolation.” Art critic Ivor Powell charts the outraged reaction of the Afrikaner media towards photos that showed rural Afrikaners at a time when the Afrikaner elite was trying to establish itself on the international stage, as well as his own reaction to the original book: “It was all but incandescent with tension and revelation, with a sense of souls being held up to scrutiny, of skins being peeled away.”

For over 60 years, photographer David Goldblatt has documented the far-reaching effects of Apartheid in South African society with directness and humanity. A descendant of Jewish immigrants, Goldblatt’s own position as an outsider afforded him a deeper appreciation for the daily injustices suffered by South Africa’s oppressed majority. He rarely takes pictures of obvious violence or brutality, instead of turning his lens toward the complexities of everyday life, observing the quiet suffering of black workers on their daily bus commutes or the casual privilege of white Afrikaners.

In South Africa: The Structure of Things Then (1998), Goldblatt published a collection of photographs capturing literal and ideological structures that shaped his native country. He has expanded his practice in recent years to include color photography, as well as broadened his focus to cover the ravages of AIDS and consumerism on an already delicate post-Apartheid society.