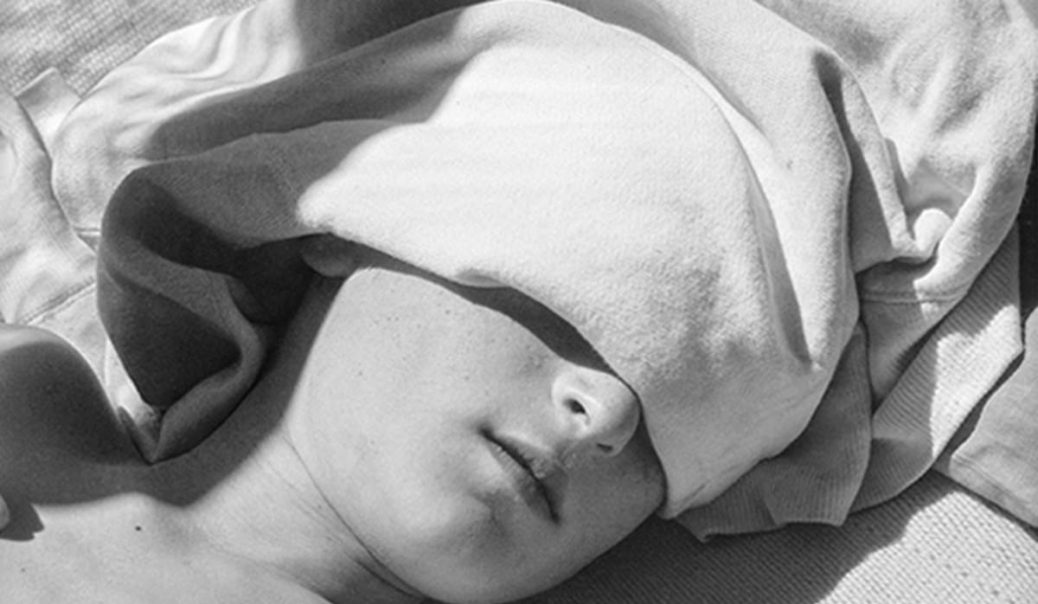 In this book the American photographer, Sam Contis presents a new window onto the work of the iconic American photographer Dorothea Lange. Drawing from Lange’s extensive archive, Contis constructs a fragmented, unfamiliar world centered around the figure of the day sleeper – at once a symbol of respite and oblivion.
“Migrant Mother”, Lange’s image from the Depression, became one of the most famous images of the 20th century and came to define her and his career, but this new book reveals a more intimate and modern side to the great photographer.

“Day Sleeper” shows us, one artist, through the eyes of another, with Contis responding to resonances between her and Lange’s ways of seeing. It reveals a largely unknown side of Lange and includes previously unseen photographs of her family, portraiture from her studio, and pictures made in the streets of San Francisco and the East Bay.

For “Day Sleeper”, Sam Contis was granted access to the extensive Dorothea Lange archive at the Oakland Museum of California. It comprises 25,000 negatives and 6,000 vintage prints, as well as extensive field notes, letters, and other personal memorabilia. “It was a bit overwhelming at first,” says Contis, “and, for a long time, I lived in Lange-land, putting rough prints on the wall and spending time with them. After a while, there were pictures I instinctively kept coming back to, many of which I realized had some relationship to my work. The more time I spent with her images, the more I felt a kinship.”

Born in Hoboken, New Jersey, Dorothea Lange was training as a teacher when she decided to become a professional photographer in 1913. She worked at the studio of the Pictorialist photographer Arnold Genthe in 1914 and studied at the Clarence H. White School in 1917. Upon completing the White course, she moved to San Francisco, where she opened a portrait studio which she operated from 1919 to 1940. In 1929 she began to photograph people in the context of their daily lives and thus made regular excursions into San Francisco’s Depression-afflicted streets.

Her photographs caught the attention of Paul Taylor, an economist at Berkeley; they married in 1935 and collaborated on the book An American Exodus in 1939. Between 1935 and 1939, Lange traveled extensively for the Farm Security Administration, for which she made many of her best-known photographs, including Migrant Mother. Lange received the first Guggenheim Fellowship awarded to a woman in 1941, and from 1942 to 1945 she worked for the U.S. government photographing such subjects such as the Japanese-American internment camps and the founding of the United Nations in San Francisco. In 1954 she joined the staff of LIFE magazine, and from 1958 to 1965, traveled to Asia, South America, and the Middle East as a freelance photographer. Diagnosed with terminal cancer in 1965, she devoted herself to preparing for a retrospective exhibition at the Museum of Modern Art, held posthumously in 1966.

Dorothea Lange is one of the nation’s greatest documentary photographers. Her respectful empathy for people and her keen ability to communicate the essential elements of the situations she photographed endow her work with unforgettable power. Although best known for her FSA photographs, she produced other work, including the images of home and family life published in American Country Woman (1964). (via ICP.org)

Sam Contis (b. 1982) lives and works in California. She received her MFA from Yale University’s School of Art in 2008. Her work has been shown internationally with exhibitions in Los Angeles, Amsterdam, Antwerp, London, and San Francisco.

She has had recent solo shows at the Berkeley Art Museum and Pacific Film Archive and at Klaus von Nichtssagend Gallery in New York and in 2018 her work was included in Being: New Photography at MoMA, New York. She is a recipient of the 2017 Nancy Graves Foundation Artist Grant and the 2016 Aaron Siskind Foundation Fellowship.

Contis’s work is represented in collections including the Carnegie Museum of Art, Pittsburgh; KADIST, Paris and San Francisco; the Los Angeles County Museum of Art; the Museum of Modern Art, New York; the Whitney Museum of American Art, New York; and the Yale University Art Gallery, New Haven. Deep Springs, her first book, was published by MACK in 2017 and her most recent book, Day Sleeper, a reimagining of the work of Dorothea Lange, was published by MACK in 2020. Her work is currently on view in Dorothea Lange: Words and Pictures at MoMA, New York, and in Masculinities: Liberation through Photography at the Barbican, London.