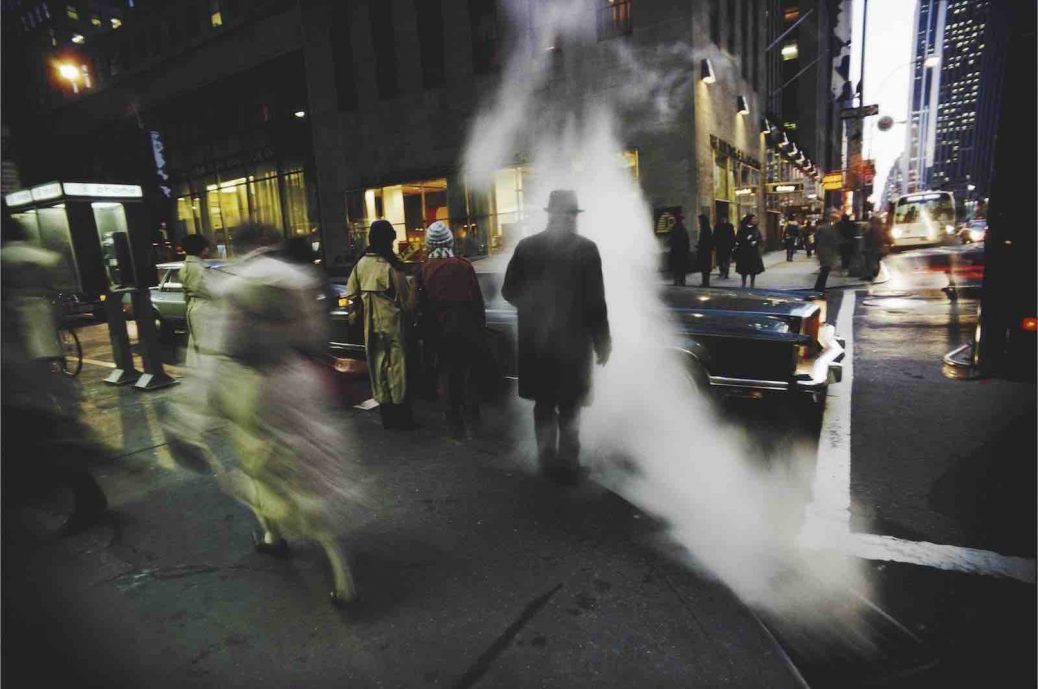 On the occasion of the publication of the book New York in Color, 1952-1962 by Prestel Publishing, Les Douches la Galerie is pleased to present a selection of prints, to be discovered from until November 7, 2020.
The first book on master photographer Ernst Haas’s work dedicated to both his classic and newly discovered New York City color photographs of the 1950s and 60s.

Ernst Haas’s color works reveal the photographer’s remarkable genius and remind us on every page why we love New York. When Ernst Haas moved from Vienna to New York City in 1951, he left behind a war-torn continent and a career producing black-and-white images. For Haas, the new medium of color photography was the only way to capture a city pulsing with energy and humanity.

These images demonstrate Haas’s tremendous virtuosity and confidence with Kodachrome film and the technical challenges of color printing. Unparalleled in their depth and richness of color, brimming with lyricism and dramatic tension, these images reveal a photographer at the height of his career.

Ernst Haas (1921–1986) is acclaimed as one of the most celebrated and influential photographers of the 20th century and considered one of the pioneers of color photography. Haas was born in Vienna in 1921 and took up photography after the war. His early work on Austrian returning prisoners of war brought him to the attention of LIFE magazine. He declined a job offer as staff photographer in order to keep his independence. At the invitation of Robert Capa, Haas joined Magnum in 1949, developing close associations with Capa, Henri Cartier-Bresson, and Werner Bishof.

Haas moved to the United States in 1951 and soon after, began experimenting with Kodachrome color film. He went on to become the premier color photographer of the 1950s. In 1953 LIFE magazine published his groundbreaking 24-page color photo essay on New York City. This was the first time such a large color photo feature was published by LIFE. In 1962 a retrospective of his work was the first color photography exhibition held at New York’s Museum of Modern Art.

Throughout his career, Haas traveled extensively, photographing for LIFE, Vogue, and Look, to name a few of many influential publications. He authored four books during his lifetime: The Creation (1971), In America (1975), In Germany (1976), and Himalayan Pilgrimage (1978).

Ernst Haas received the Hasselblad award in 1986, the year of his death. Haas has continued to be the subject of museum exhibitions and publications such as Ernst Haas, Color Photography (1989), Ernst Haas in Black and White (1992), and Color Correction (2011). The Ernst Haas Studio, located in New York, continues to manage Haas’s legacy, aiding researchers and overseeing all projects related to his work.