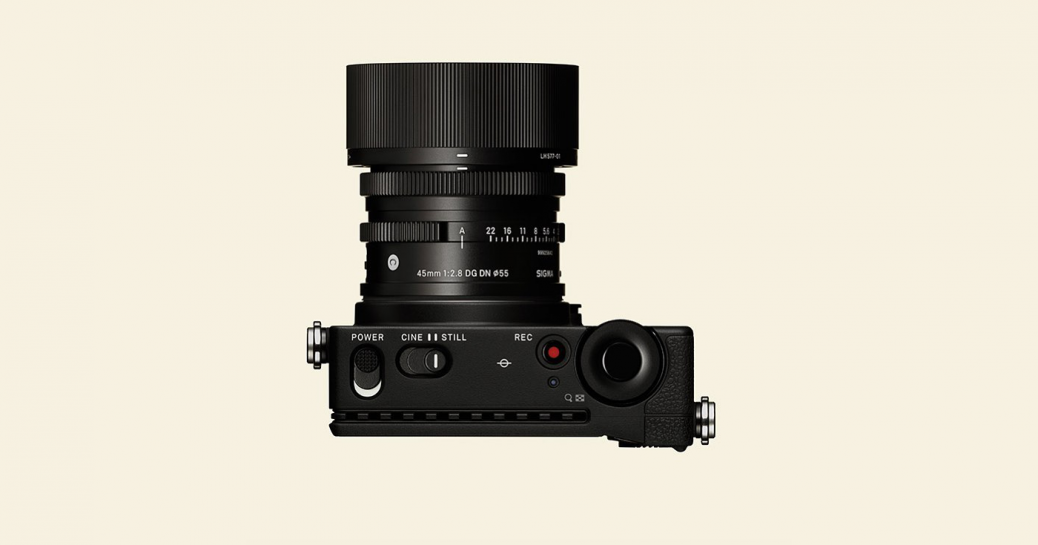 Exciting times for photographers, we’ve known Sigma was working on an L-mount camera ever since the announcement of the L-mount Alliance but they revealed something nobody saw coming: the L-mount “fp”, the world’s smallest full-frame camera and, despite owning the sensor design company Foveon, it’s built around a conventional Bayer sensor.

Designed as a “pocketable full-frame”, unbelievably lightweight and compact, the camera measures in at 112.6 × 69.9 × 45.3mm and weighs just 370g. But, more than just being small, it’s one of the most radical cameras we’ve seen released in years, incorporating an array of new ideas and video capabilities.

At its core, the 24.6 megapixels camera has a 35mm full-frame BSI-CMOS Bayer sensor, which at 35.9×23.9mm is only a hair smaller than the ones in high-end cameras from Sony, Nikon, and Canon designed for high-image quality.

It also employs an electronic shutter instead of a mechanical one, which means less noise when taking pictures. The hope is that the Sigma fp becomes a go-to camera for scenarios where the noise from a conventional camera with a mechanical shutter would risk ruining the scene while also removing a point of failure from the camera itself.

From a shooting perspective, the fp supports an ISO range of 6-102400 (yeah, six – you read well), offers a 49-point autofocus system, and features electronic image stabilization, and can shoot 14-bit DNG RAW files at up to 18 frames per second for up to 12 frames. Other stills-focused features include a built-in Auto HDR function that will capture and combine three exposures for you and a total control about tone and color
On the video side of things, the Sigma fp supports 12-bit CinemaDNG external recording for RAW video and 4K UHD/24 frames per second. And there’s an in-camera function that’s able to create animated GIFs (Cinemagraph). It also features support for waveform monitoring, shutter angle control and timecode, so Sigma isn’t lying when they say the fp “supports full-fledged filmmaking.”

The Sigma FP uses the L-Mount for attaching lenses, which means that you can expect a range of lenses from Leica, Panasonic and Sigma itself. You can also mount the vastly broader range of Canon EF-mount lenses using a Sigma lens adapter. Finally, the diminutive camera was built to be modular, with accessories from Sigma (and eventually third-party manufacturers) in the works to add things like a hot shoe, LCD viewfinder, beefier handgrips and more.

It’s immediately apparent Sigma’s engineers have put a lot of work into making the fp a camera that’s as practical as it is innovative.
The Sigma fp will be available in the Fall, price TBD, and a Foveon sensor version of the camera was teased for a later date. No details have been shared about the Foveon camera except that it will sport a sensor with 20 megapixels per layer, for a total resolution of over 60 megapixels.