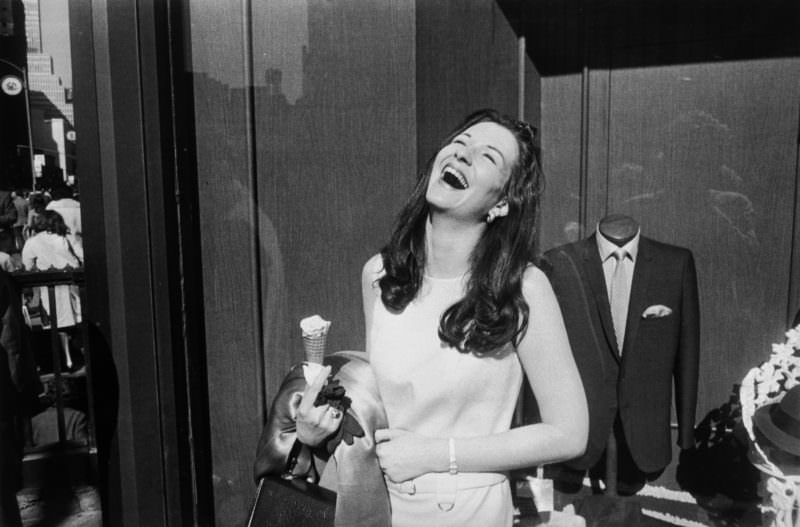 The Florida Museum of Photographic Arts is displaying Women are Beautiful, by famous street photographer Garry Winogrand, until December 31, 2019.

Women are beautiful is on loan from the Kemper Museum of Contemporary Art in Kansas City, Ohio and consists of 85 images of women that encapsulate fashions, energy, and attitudes of the 1960s and 1970s.

Street photographer Garry Winogrand is famous for photographing the streets of New York with his 35mm Leica mid-20th century.

He captured moments that both became historical documents of a time of big social changes as well as regular everyday life in the United States. Street photography became a popular way of documenting urban life and capturing specific moments as cameras became smaller and easier to operate. Winogrand worked alongside famous street photographers Joel Meyerowitz (1938) and Lee Friedlander (1934) but many say he defined mid-century street photography with his energetic style and a keen eye for fashion and attitude.

In his Women are Beautiful series, he walked the streets of the United States and captured women in photography. The photographs were in quick and precise timing and through different angles.
Winogrand picked the right period for his photographs. The 1960s and 1970s were in the height of the second wave of feminism and the sexual revolution. Women underwent transformative changes of attitude as a result of their powerful exercise of inner and outer freedom.

During that period, Winogrand captured the figure of confident, free, rebellious, happy, and beautiful women in his lens. He took the photos of women going about their day-to-day life activities – be it by the swimming pool, on the street, on the beach, or the market. Garry Winogrand was right there to capture that social change through his lens.

Women Are Beautiful was released in 1975. MoMA’s curator John Szarkowski had this to say about the alum and the artist, “Winogrand’s taste for life, being stronger than his regard for art, makes him equal even to the task of confronting the comedy of his own time.”

The book, that matches the exhibition, contains 85 images of women that the artist depicts how he saw the evolution of women in the second phase of feminism as well as the age of sexual transformation. Unlike studio works, Winogrand’s photographs realistically capture the beauty of women, without the need to meet expectations.

More info on the Florida Museum of Photographic Arts website.