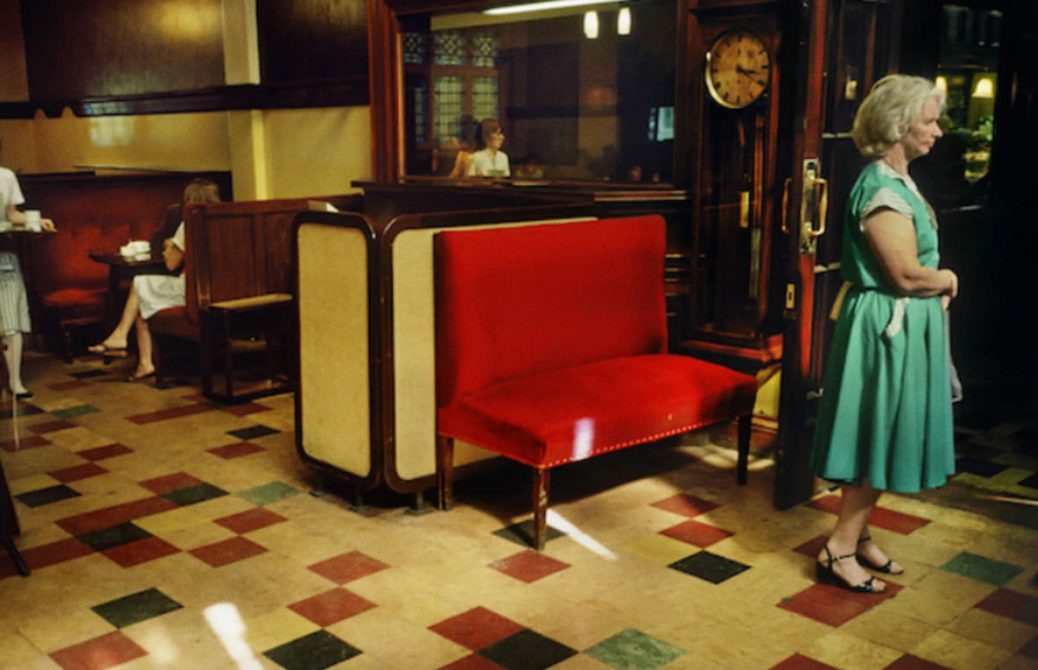 Gallery FIFTY ONE announced its new show “Irish Summers” by the renowned Belgian photographer Harry Gruyaert, until October 24th, 2020.
This exhibition brings together a selection of images the artist made on trips to Ireland over the period 1983-84. While some of these photographs are included in a number of Gruyaert’s previous projects and books (e.g. “Rivages”/”Edges”), this is the first time that they are presented as a series.

A new FIFTY ONE Publication has been launched for the occasion of this exhibition.
For Gruyaert, who turns 80 next year, traveling has always been a way of breathing. Most of his well-known photographs were taken during numerous trips around the world and are often immortalized in thematic books, such as Gruyaert’s publications about Morocco, Moscow, or his upcoming volume on India (scheduled to appear with Editions Xavier Barral this fall). Wherever he goes, the artist’s main concern is to tell something about the country and time by means of photographing its specific color palette and light, and this without a predetermined agenda or story he wants to tell.

This also accounts for Gruyaert’s images of Ireland, the island he crossed in 1983-84 in his Volkswagen van, capturing the country’s outstanding natural beauty and distinctive popular culture along the way. The portraits on the view of stolen moments of happiness and collective recreation of the Irish working class of the 1980s on one of those rare sunny summer days, illustrate Gruyaert’s interest in complex, borderline chaotic images and his ability to capture the ‘decisive moment’ on film. In these colorful tableaus of groups of sunbathing friends and families, not devoid of a touch of humor, the subjects are very present. However, in other images included in this exhibition, desolation, solitude even, predominates. In his pictures of for example an abandoned telephone booth on a gray stone road or the interior of an empty local pub, Gruyaert once again demonstrates his talent to find beauty and color amidst even the most empty or banal setting.

With its typical eighties vibe, present in the fashion, hairstyles, and even the cars of those portrayed, ‘Irish Summers’ is clearly a portrait of a country in a given time. However, this series is also largely determined by an ultimately timeless element; that of the (changing) light, masterly playing the leading role in the images taken on the beach on which dramatic clouds gather while thin sunbeams breakthrough. This fragile light, the threatening skies, and the palette of shades of gray and soft, muted colors might have reminded the artist of his motherland Belgium. The guy from Flanders that Gruyaert is and always will be — despite his universal relevance and deeply singular approach to his subjects, no matter how diverse they may be — unmistakably felt related to these Irish summers.

Originally dreaming of becoming a film director, Harry Gruyaert (1941) studied at the School of Film and Photography in Brussels from 1959 to 1962. Shortly after, he left Belgium at the age of 21, fleeing the strict catholic environment in which he was raised.

He moved to Paris to pursue a career in photography, while also working as a freelance director of photography for Flemish television until 1967. Gruyaert traveled extensively across Europe, North Africa, Asia, and the United States and lived in cities with a vibrant film and photography scene like Paris and London. Heavily influenced by the Popart of the 1960s and further inspired by the visual impulses on his first trip to Morocco in 1969, Gruyaert decided in the second half of the 1970s as one of the first photographers in Europe to commit himself entirely to color photography. In 1982 he joined Magnum Photos. The artist currently lives and works in Paris, France.

His works are held in prominent collections such as the Metropolitan Museum in Tokyo, the Centre Georges Pompidou in Paris, and Foto/Industria in Bologna. In 2018, a documentary about his life and work was made entitled “Harry Gruyaert, Photographer”.