Jacob Aue Sobol: With and Without You

Home News Jacob Aue Sobol: With and Without You 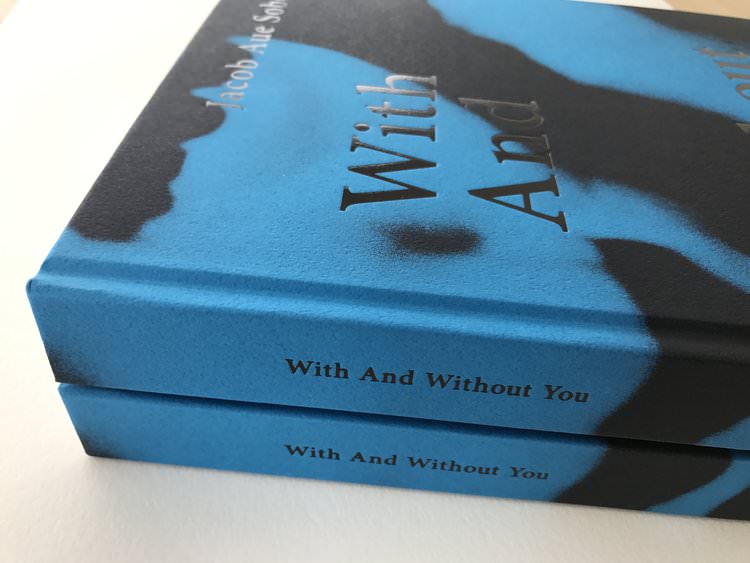 Jacob Aue Sobol: With and Without You

WITH AND WITHOUT YOU

The latest book by Jacob Aue Sobol, WITH AND WITHOUT YOU, is a tribute to his father who died when he was 20 years old. Printed on Jacobs 40th birthday it is a compilation of all the projects that he has made and that his father never got to see.

It has key images from all of his work including the yet unpublished projects Home, Road Of Bones and America as well as Sabine, The Gomez Brito Family, Arrivals and Departures, By the River of Kings and I, Tokyo.

“When I photograph, I try to use my instincts as much as possible. It is when pictures are unconsidered and irrational that they come to life; that they evolve from showing to being.” – Jacob Aue Sobol

Jacob Aue Sobol (born 1976) is a Danish photographer. He has worked in East Greenland, Guatemala, Tokyo, Bangkok, Copenhagen, America and Russia. In 2007 Sobol became a nominee at Magnum Photos and a full member in 2012. Four monographs and many catalogues of his work have been published and widely exhibited including at Yossi Milo Gallery in New York and at the Diemar/Noble Photography Gallery in London.
Born in Copenhagen, Sobol lived in Canada from 1994 to 1995. Back in Europe he first studied at the European Film College and from 1998 at Fatamorgana, the Danish School of Art Photography.

In the autumn of 1999 he went to the remote East Greenland village of Tiniteqilaaq to photograph. The visit was only supposed to last a few weeks but after meeting a local girl, Sabine, he returned the following year and stayed there for the next two years, living the life of a fisherman and hunter. In 2004 Sobol published Sabine, which in photographs and narrative portrays Sabine and describes his encounter with Greenlandic culture. The pictures in the book express the photographic idiom he developed at Fatamorgana.
In the summer of 2005, Sobol went with a film crew to Guatemala to make a documentary about a young Mayan girl’s first trip to the ocean. The following year he returned to the mountains of Guatemala, this time by himself, to stay with an indigenous family for a month to document their everyday life.

In 2006 he moved to Tokyo to spend 18 months photographing the city for his book I, Tokyo. Commenting on the book, Miranda Gavin appreciates how “the sensitivity of his approach shines through the work and sets him apart as one of a new generation of photographers with the ability to allow eroticism and danger to seep through his images without becoming sordid or clichéd.
Sobol became a nominee of Magnum Photos in 2007 and a full member in 2012.

In 2008, Sobol worked in Bangkok where he photographed children fighting for survival in the Sukhumvit slums, despite the country’s growing economic prosperity.
In 2009, he moved back to Copenhagen. Since then he has worked on projects at home as well as in America and Russia.

Jacob Aue Sobol was born in Copenhagen, Denmark, in 1976. He lived in Canada from 1994-95 and Greenland from 2000-2002. In Spring 2006 he moved to Tokyo, living there 18 months before returning to Denmark in August 2008. After studying at the European Film College, Jacob was admitted to Fatamorgana, the Danish School of Documentary and Art Photography in 1998. There he developed a unique, expressive style of black-and-white photography, which he has since refined and further developed.