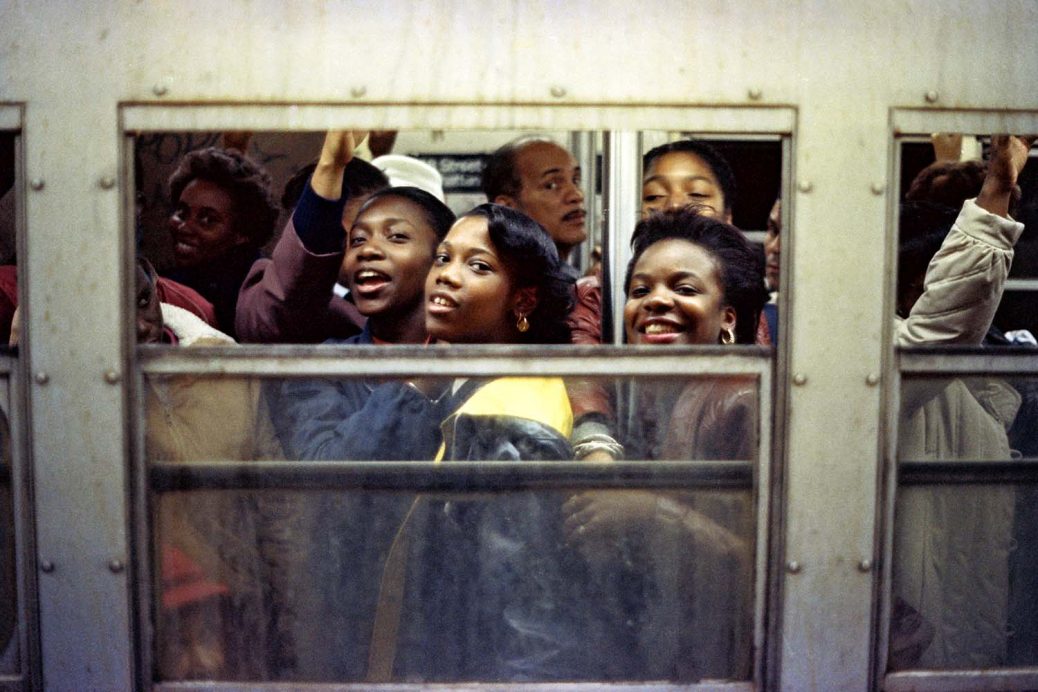 Over the past 40 years, Jamel Shabazz has created a singular archive of New York life on the move, finding intimate moments of beauty and humanity in the most unlikely of places: the public transit system.
Like Walker Evans, Helen Levitt, and Bruce Davidson, Shabazz found New York’s public transit system the perfect setting to make photographs; but unlike those before him, Shabazz often engaged with his subjects before making their portrait. “For me, having constructive conversations was far more important than the photograph itself,” Shabazz reveals in the new book, City Metro (Galerie Bene Taschen), which collects photographs made on the trains and buses from 1980 through 2018.
(via blind-magazine.com)

The City Metro is also on display, together with Hans Rietveld, at the Museum aan het Vrijthof in Maastricht until 27 September 2020.

The Streetlife exhibition focuses on his 80s photography. Visitors can play paired music on the turntables themselves. The guest curator of the exhibition is the German gallery owner Bene Taschen.
Jamel Shabazz is internationally known as a documentary, fashion, street, and portrait photographer. He has photographed the vibrant street life in New York City since 1980. Besides musicians, he has portrayed everyday life on the street and in the subway. About fifty photos can be seen in the monumental museum.

Jamel Shabazz (New York, 1960) grew up in Brooklyn and has been a photographer for 45 years. His iconic photos have been published extensively and compiled in nine monographs.

In addition, his autonomous work is included in the collections of museums such as the Whitney Museum of American Art (New York), The Bronx Museum of the Arts (New York), and the Smithsonian National Museum of African American History & Culture (Washington). In 2018, Shabazz received a Gordon Parks Foundation Award.

Jamel Shabazz grew up on the streets of Red Hook, Brooklyn and since picking up his first camera at the age of fifteen, he has been visually representing urban life in New York. He captured some of the most iconic images of the 80s, depicting a time of transition and the emergence of a new lifestyle and culture whose relevance still persists today. As one of the key people to immortalize New York over recent decades, Shabazz’s quintessential and mesmerizing work continues to influence international fashion trends and global youth culture to this day. With multiple successful publications to his name, Shabazz’s work has been acquired by leading institutions such as the Bronx Museum of the Arts, New York, the Whitney Museum of American Art, New York, and the Smithsonian Museum of African American History and Culture, Washington D.C.

More information about the book:
https://www.benetaschen.com/

More information about the exhibition:
https://fotomuseumaanhetvrijthof.nl/