Home News Lartigue: The Boy and the Belle Époque 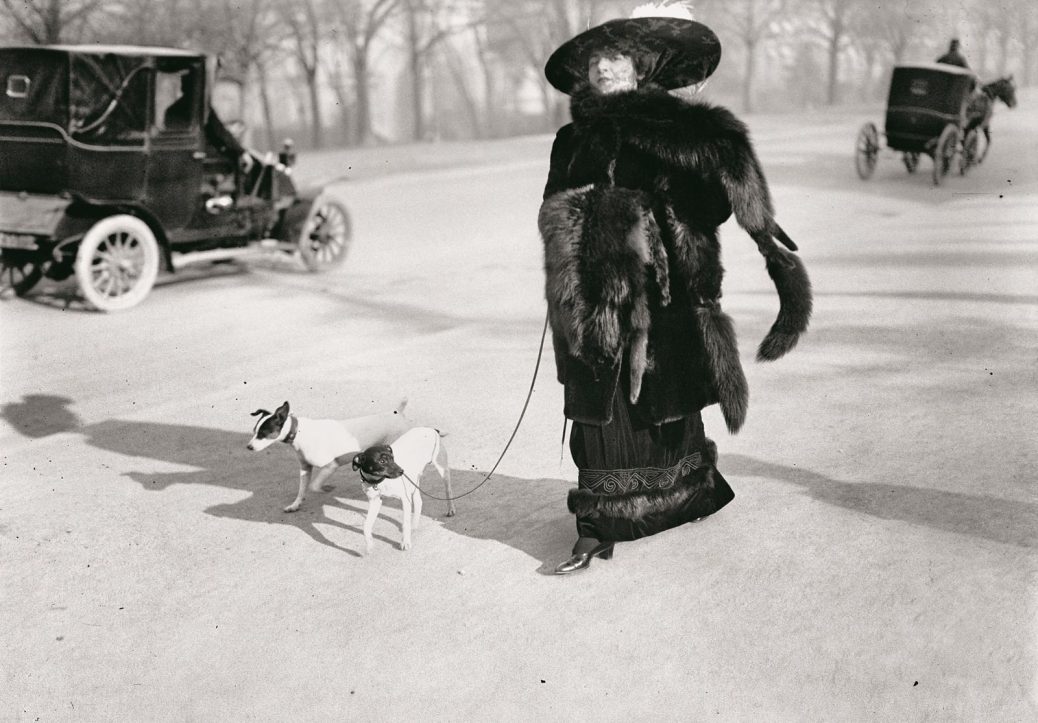 One of the twentieth century’s most celebrated and prodigious photographers, Jacques Henri Lartigue captured the exuberance of Belle Époque Paris during his childhood.

As a little boy of seven or eight, Jacques Henri Lartigue was given his first camera, and soon was developing his own photographs. Born into a prosperous family, from childhood Lartigue acutely observed the social rituals of the upper echelons of society through his photography. The hand-held Kodak camera, first introduced in 1888, granted the young photographer flexibility to capture the fine details of eccentric family members at home, the elaborate social parade in the Bois de Boulogne, on the beach in Normandy and beyond. Classic images of motor cars and high fashion sit alongside previously unpublished photographs from the Lartigue archive. These images of family beau-monde and demi-monde life are not only evidence of prodigious talent, but also offer an intimate, adolescent perspective of Belle-Époque Paris, the world of Proust, Debussy and the Nabis, before the outbreak of the First World War.

At a young age Lartigue mastered the medium of photography: this exploration of his extraordinary childhood is interwoven with a social and cultural portrait of the Belle Époque. Bonnard and Vuillard used the camera as a reference point for painting, Eugène Atget documented the architecture of the old Paris ahead of its developers, but Lartigue was the first to harness the immediacy of the snapshot, often capturing his subjects mid-gesture as in real life, creating a new visual language for the 20th century.

Jacques Henri Lartigue was unknown as a photographer until 1963, when, at 69 years old, his work was shown for the first time in a solo exhibition at the Museum of Modern Art, New York. That same year, a picture spread published in Life magazine in an issue on John Fitzgerald Kennedy’s death also introduced Lartigue’s work to a wide public.

Much to his surprise, he rapidly became one of the twentieth century’s most famous photographers.
Jacques Lartigue was introduced to photography as early as the year 1900 by his father, Henri Lartigue, who gave him his first camera in 1902 when Jacques was eight years old. From then on, Jacques recorded incessantly the world of his childhood, from automobile outings and family holidays to inventions by his older brother Maurice (nicknamed Zissou). Born into a prosperous family, the two brothers were fascinated by cars, aviation, and sports currently in vogue; Jacques used his camera to document them all. As he grew up, he continued to frequent sporting events, participating in and recording such elite leisure activities as skiing, skating, tennis, or golf.

But young Jacques, acutely aware of the evanescence of life, worried that photographs were not enough to resist the passing of time. How could images taken in just a few seconds convey and retain all the beauty and wonder around him? In parallel to his photography, he, therefore, began keeping a diary and continued to do so throughout his life.
He also took up drawing and painting in 1915. After briefly attending the Julian Academy in Paris, he became a professional painter, exhibiting his work from 1922 on in Paris and the south of France. In 1919, Jacques married Madeleine Messager, the daughter of composer André Messager; their son Dany was born in 1921. Jacques and Madeleine divorced in 1931.

Jacques circulated in high society until the early 1930s when the decline of the Lartigue fortune forced him to look for other sources of income. But he refused to give up his freedom by taking on a steady job and lived meagerly off his painting throughout the 1930s and 1940s. In the early 1950s, while pursuing his painting career, he also began to receive some recognition as a photographer.

In 1962, with Florette, his third wife, he sailed by cargo ship to Los Angeles. During their travels, they stopped in New York, where they met with Charles Rado, founder of the photo agency Rapho. After seeing Lartigue’s photographs, Rado introduced him to John Szarkowski, the newly appointed director of the photography department at the Museum of Modern Art. Szarkowski was so impressed that the following year, he organized the first-ever exhibition of Lartigue’s work.

A retrospective of Lartigue’s photographs was held in Paris’ decorative arts museum, the Musée des Arts Décoratifs, in 1975—the year after the French president, Valéry Giscard d’Estaing, asked him to take his official portrait. In 1979, Lartigue signed an act donating his entire photographic output to the French government, the first living French photographer to do so, and mandated the Association des Amis de Jacques Henri Lartigue to conserve and promote his work. In 1980, his exhibition “Bonjour Monsieur Lartigue” was shown at the Grand Palais in Paris. He continued taking photographs, painting, and writing until his death in Nice on September 12, 1986, at the age of 92 and left behind more than 100,000 photographs, 7,000 diary pages, and 1,500 paintings.