LIFE Through the Lens: Margaret Bourke-White 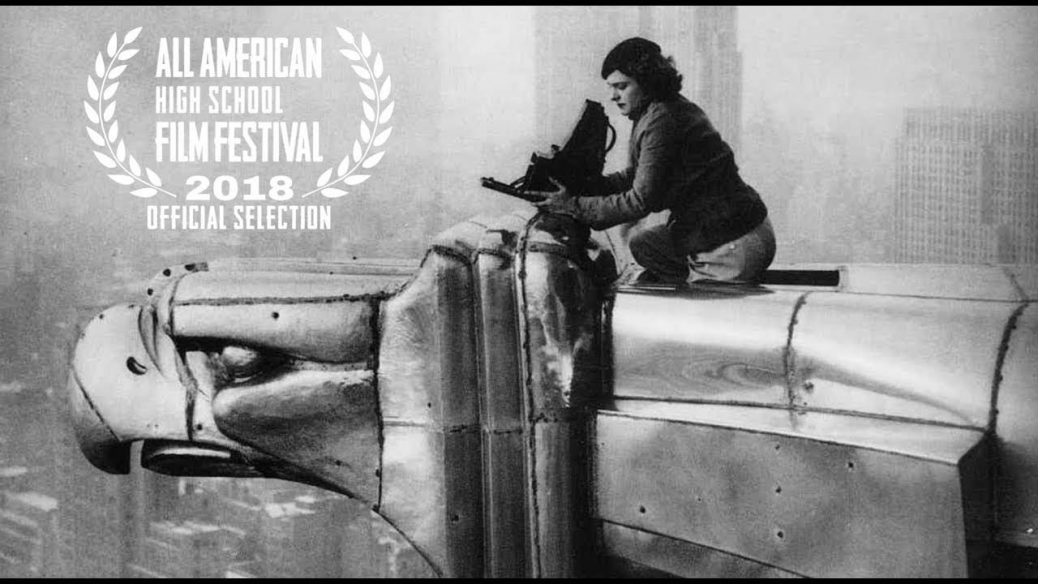 LIFE Through the Lens: Margaret Bourke-White

LIFE Through the Lens: Margaret Bourke-White is a Parker Beverly documentary for the National History Day Contest (2017-2018) for the theme “Conflict and Compromise in History.” 2018

Official Selection for the All American High School Film Festival. This film received first place at the school, district, and state competitions and was a participant in the national contest at the University of Maryland.
The documentary tells the life and the pictures of Margaret Bourke-White, the first female photojournalist and took the readers of LIFE Magazine on harrowing journeys through her compelling photography during her expansive career.

From the frontline of the Second World War and the ravaged farmlands of the Dust Bowl to South African gold mines and the countryside of the Soviet Union, Bourke-White chronicled some of the most gripping events of her time, capturing the raw emotion surrounding these stories.

Margaret Bourke-White was born in New York City and attended the Clarence H. White School of Photography in 1921-22. After graduating from college in 1927, she pursued a career in photography and opened a photography studio in Cleveland. The industrial photography she did there brought her work to the attention of Henry Luce, the publisher of Fortune, who hired her in 1929, and the next year sent her to the Soviet Union, where she was the first foreign photographer to make pictures of Soviet industry. She photographed the Dust Bowl for Fortune in 1934; this project led to the publication of You Have Seen Their Faces (1937), which documented the human aspects of the Depression and featured text by Erskine Caldwell.

With photographs of architecture and industry, she earned commissions and caught the eye of Henry Luce, founder of Time and Fortune magazines, who, in 1929, invited her to become Fortune’s first staff photographer. She returned to New York and, in 1930, established a photographic studio in the Chrysler Building. When Luce launched Life magazine in 1936, Bourke-White joined the staff, and her picture Fort Peck Dam, Montana appeared on the first cover.
Over the next several years and throughout World War II, Bourke-White produced a number of photo essays on the turmoil in Europe.

She was the only Western photographer to witness the German invasion of Moscow in 1941, she was the first woman to accompany Air Corps crews on bombing missions in 1942, and she traveled with Patton’s army through Germany in 1945 as it liberated several concentration camps.
During the next twelve years, she photographed major international events and stories, including Gandhi’s fight for Indian independence, the unrest in South Africa, and the Korean War. Bourke-White contracted Parkinson’s disease in 1953 and made her last photo essay for Life, “Megalopolis,” in 1957.

Margaret Bourke-White’s photojournalism demonstrated her singular ability to communicate the intensity of major world events while respecting formal relationships and aesthetic considerations. She was one of the most respected photojournalists in the country during the 1930s and 40s, and her documentary work was among the most popular of its day.*
*Lisa Hostetler

Aggressive and relentless in pursuit of pictures, Bourke-White had the knack of being at the right place at the right time. For example, she interviewed and photographed Mohandas K. Gandhi a few hours before his assassination in India. Alfred Eisenstaedt, her friend and colleague, said she was great because there was no assignment, no picture that was unimportant to her.

Bourke-White’s second marriage was to Erskine Caldwell, the novelist, in 1939. This marriage ended in divorce in 1942. She had no children. Thus LIFE became her family. And when Parkinson’s Disease started to sap her strength her associates at LIFE supported her. She said, “The camera is a remarkable instrument. Saturate yourself with your subject and the camera will all but take you by the hand.”

Here it is a tribute to Margaret, on the occasion of 2015 Inductee to Connecticut Women’s Hall of Fame.