Man on Bridge: the story and photos of Arthur Fields

Home News Man on Bridge: the story and photos of Arthur Fields 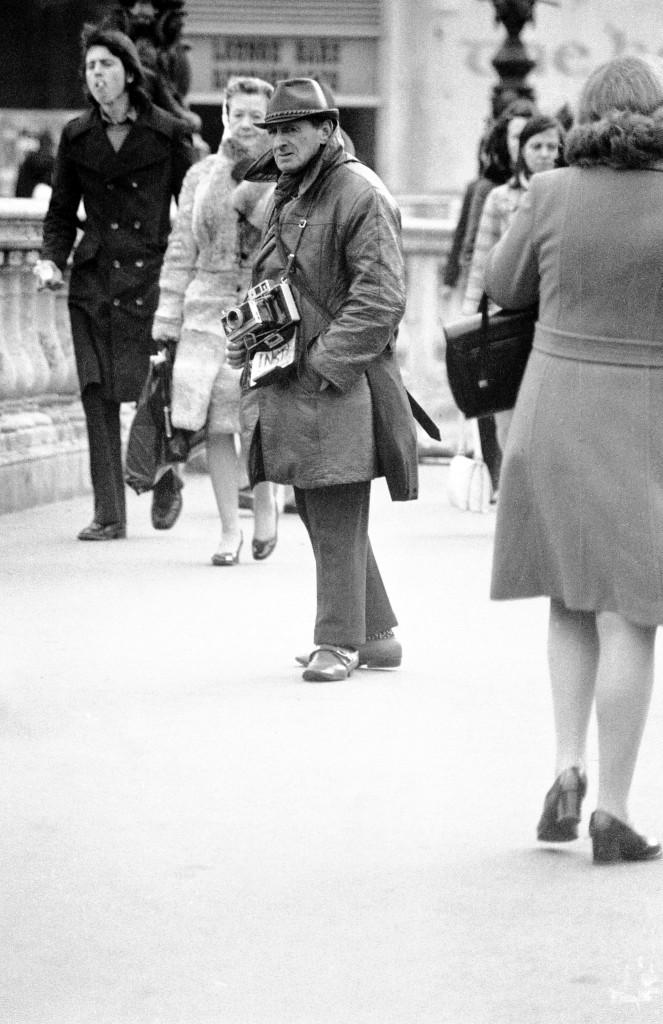 Man on Bridge: the story and photos of Arthur Fields

Man on Bridge is a photo collection project that gathers the photos and tells the story of Arthur Fields, a street photographer who captured passersby on Dublin’s O’Connell Bridge from the 1930s to the 1980s.

Arthur became a fixture of the life of Dublin city: “He became well-known, a personality and a legend over the 50 years,” says Deeney, who along with David Clarke, launched the Man on Bridge project in 2014 in which ordinary people were asked to dig out photos in their possession taken by street photographers, specifically Arthur Fields.

“We started off this project three years ago, collecting the photographs taken by Arthur Fields — photos that ordinary people have at home” says Deeney.

Jewish by religion, he made a living out of it through the 30s, 40s, and and 50s when cameras were very much the preserve of the elite.
As time went on, the trend of the street photographer ended when cameras became cheaper and people started to take their own photographs. Arthur’s career followed that trajectory, but he kept taking photos into the 1980s.

The story of Arthur and the photos he took culminated in a book  Man on bridge: the photos of Arthur Fields, an exhibition and a television documentary on the 28th of December 2014.
In 2015, with an update in 2017, a new book , Man on the bridge: more photos by Arthur Fields, celebrates the work of the legendary street photographer and former tailor, whose camera not only captured domestic Irish social history on the move for more than 50 years, but also the occasional visiting celebrity.

What started out as a website, www.manonbridge.ie, whose aim was to collect photographs taken by street photographers, specifically shots by Arthur Fields, grew into a book Man on the Bridge: The Photos of Arthur Fields, an exhibition, a TV documentary that was broadcast on RTE 1 and then a second book.
This final book then, marks the final part of the project. An archive of almost 6,000 photographs has been crowd-sourced from all across Ireland and abroad and the new book contains the final selection from the collection.

Arthur took hundreds of thousands of photos throughout his career but no negatives survive.
The goal of the project is to gather these photos from personal collections and create an alternative photographic archive of Dublin city, one that reveals how we lived, how the city and its people changed over fifty years.
Arthur was just one of many street photographers who worked in Dublin over the years. Although he was the most prominent and enjoyed the lengthiest career as a street photographer, this website also aims to celebrate the other photographers who shared the streets with Arthur.