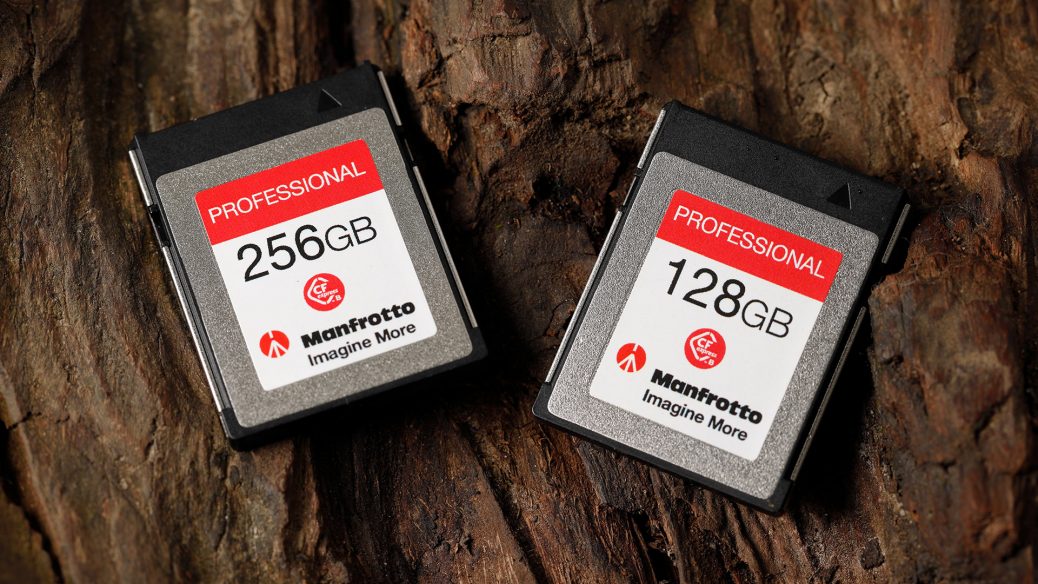 With cameras – from pro DSLRs like the Canon EOS-1D X Mark III to Nikon D6 to mirrorless cameras like the Canon EOS R5 and the Nikon Z6 II –continuing to offer higher resolution and beefier data rates, faster memory cards are in demand now more than ever. Manfrotto has jumped into the CFexpress Type B game by adding two new capacities of 128GB and 256GB to its growing memory card lineup that includes CF, microSD, and SD cards.

Manfrotto says they offer “industrial strength and reliability with unparalleled performance” for use in temperatures from -25°C all the way up to 70°C, so whether you’re shooting in the sub-zero arctic temperatures or the hot Arizona sunshine, they should stand up to the task just fine.

Manfrotto’s CFexpress Type B cards offer read speeds of up to 1,730MB/sec and write speeds up to 1,540MB/sec with a PCIe 3.0 interface. Those specs edge out Delkin’s Power series and ProGrade’s Digital cards, but both of those brands offer capacities of at least 1TB and are less expensive. It’s great to see more competition when it comes to CFexpress Type B cards. The PCle 3.0 interface is going to be robust enough for shooting intra-frame, inter-frame, or RAW workflows.

Manfrotto says the cards are designed for DSLRs, mirrorless, and cinema cameras that require faster speeds for higher resolutions, higher frame rates, and high-res burst photos. While not waterproof, the CFexpress Type B cards have been rated for temperature ranges from -13° F (-25° C) to 158° F (70° C) without compromising any functionality.

The new Manfrotto Professional CFexpress Type B cards are available in 128GB and 256GB with RRPs of $199 and $399, respectively.