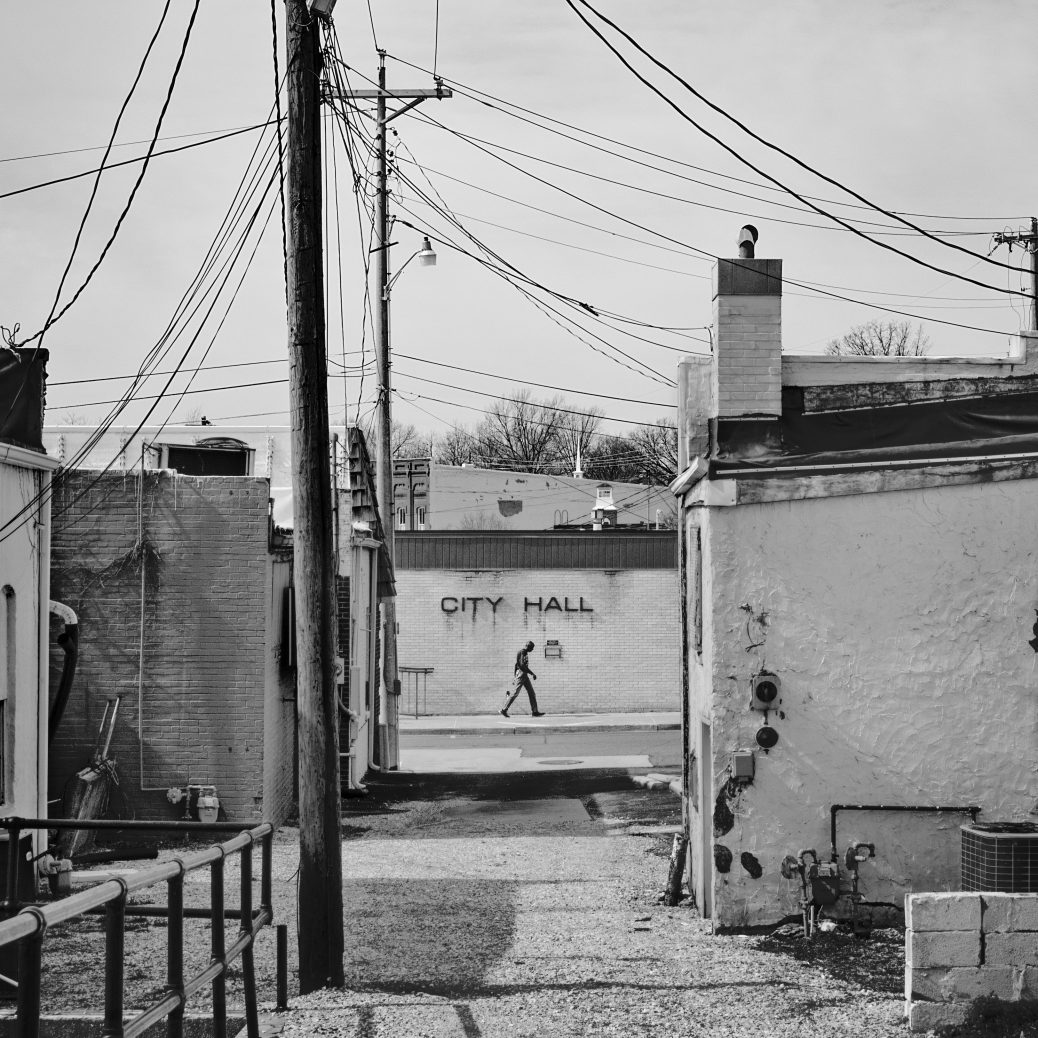 Matt Black is from California’s Central Valley, an agricultural region in the heart of the state. His work has explored the connections between migration, poverty, agriculture, and the environment in his native rural California and in southern Mexico. He has traveled over 100,000 miles across 46 U.S. states for his project The Geography of Poverty. Other recent works include The Dry Land, about the impact of drought on California’s agricultural communities, and The Monster in the Mountains, about the disappearance of 43 students in the southern Mexican state of Guerrero. Both of these projects, accompanied by short films, were published by The New Yorker.

For the past four years, Matt Black has wondered about an alternate title for his documentary project The Geography of Poverty. Since 2014, the work has taken him on four cross-country trips over 80,000 miles, photographing communities in 46 states. »It could have just as easily been called The Geography of Power,« Black says, soon after returning from his fourth trip, which lasted nine months. »It’s something much more complicated than economics; it’s about social power. Who gets their needs met and who doesn’t?«

Seventy-eight exhibits from these trips form the exhibition’s focus curated by Ingo Taubhorn and the photographer, which is on display from September 25, 2020 to January 3, 2021 in the House of Photography at Deichtorhallen Hamburg.

With the exhibition AMERICAN GEOGRAPHY by Matt Black, the House of Photography continues the series of committed documentary photographers who focus strongly on socio-political and social conditions in life. With his large-format, square black-and-white images and overwhelming landscape panoramas, Black shows us a country far from unlimited possibilities and an American society largely characterized by poverty, lack of opportunity and political resignation.

According to the U.S. Census Bureau, 12.7% of Americans — or 40 million people — live in poverty. To Black, poverty is not really a question of economics but rather a lived experience of power. But how do you make visible something ingrained in the very fabric of our society?

AMERICAN GEOGRAPHY focused on the most disadvantaged places and their inhabitants in the USA and it took photos in the deserts in the southwest over the Black Belt in the southeast to the post-industrial, former factory cities in the Midwest and Northeast. The results are impressive: if photography can help humanize facts and figures, the map shows the problem’s extent. This highlighting of individual emergencies thus becomes the spotlight for a national issue.

Matt Black (b. 1970) is from California’s Central Valley, a rural, agricultural area in the heart of the state. He started photography working at his hometown newspaper before initiating a series of long-term, personal projects exploring the social and environmental themes that shaped life in his home region, one of the poorest in the US.

He was nominated to Magnum Photos in 2015 and began traveling across the U.S. photographing other marginalized areas throughout the country, work that would eventually cover over 100,000 miles and comprise his project American Geography.  Other works include The Dry Land, about the impact of drought on California’s agricultural communities, and The Monster in the Mountains, about the disappearance of 43 students in the southern Mexican state of Guerrero. Both these projects, accompanied by short films, were published by The New Yorker.

His work has appeared regularly in TIME Magazine, The New Yorker, The California Sunday Magazine, and other publications.  He has been honored three times by the Robert F. Kennedy Memorial Prize, including their top honor for journalism. In 2015, he received the W. Eugene Smith Memorial Award for Humanistic Photography, and was named a senior fellow at the Emerson Collective. He lives in Exeter, a small town in the Central Valley.