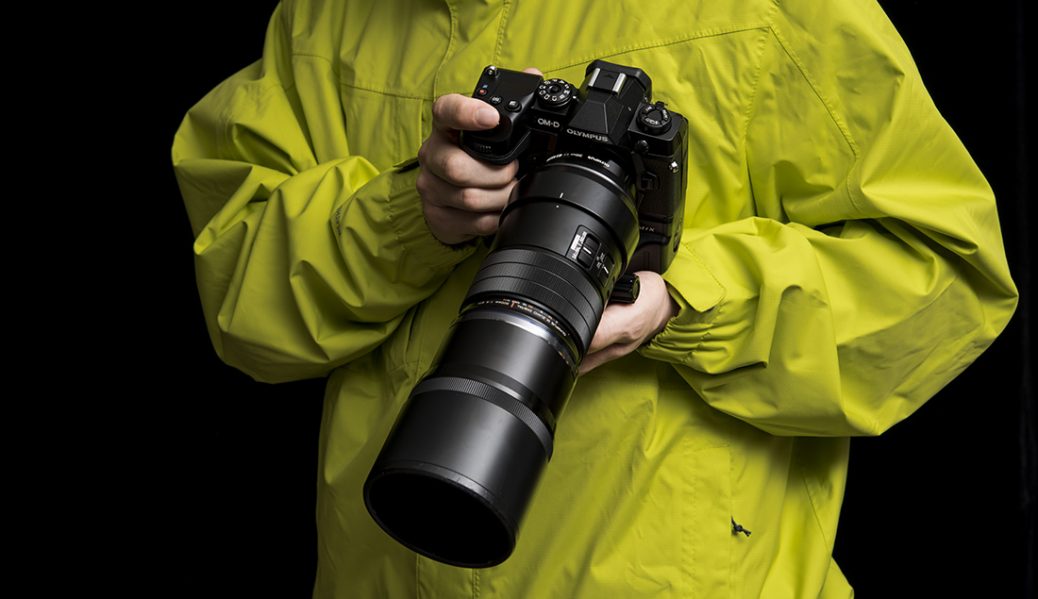 We live in exciting times and Olympus is without doubt a part of this adventure.

As we told some days ago, Olympus introduced today the highly anticipated OM-D E-M1X, a mirrorless camera designed with professional photographer’s in mind to meet the performance and feature needs of the most demanding street photographers.

This Olympus E-M1X packs a lot of cool new features, performance and lots of impressive technology into a very rugged, superbly weather-sealed body.

However, with the larger-sized design comes not only increased durability but also better balance and handling characteristics when using larger, longer lenses, such as the 40-150mm f/2.8 Pro and especially the 300mm f/4 IS Pro.

An ergonomic layout with a single function for each button lets street photographers operate controls while concentrating on shooting through the viewfinder. The height and shape of each individual button is varied to prevent misoperation.

A new viewfinder featuring advanced optical design with a four-element configuration of aspherical lenses and lenses with a high refractive index creates an industry leading viewfinder. The E-M1X viewfinder has a high 0.83x magnification (35mm equivalent) with a clear edge to edge display of the image with no distortion. Functioning at a maximum frame rate of 120fps the high-speed progressive scan electronic viewfinder minimises display time lag down to 0.005 seconds for smooth display of fast-moving subjects. The two high-performance TruePic VIII image processors replicate dark tones smoother on the display.

Weather sealing of the E-M1X exceeds the conventional weatherproof standard of IPX1 to provide peace of mind and reliability in punishing environments. This construction allows photographers to shoot without being affected by weather and without a rain cover. The dust, splash and freeze-proof sealing is maintained even when cables are connected to the remote cable, microphone, and headphone terminals. The rubber sealing used on Olympus Tough cameras is used to seal each of the camera covers including the SD card slot.

Dust Reduction System and has a long track record of reliability. The Supersonic Wave Filter(SSWF) vibrates at a speed of more than 30,000 times per second to instantly remove dirt and dust. The E-M1X has a new coating on the sensor to reduce the possibility of dust in photos to a 10th of previous models, allowing for lenses to be swapped even in duty environments.

Heat dissipation construction of the E-M1X is achieved via the use of a heat pipe to dissipate heat generated whilst shooting. In particular this feature limits issues caused by rising temperatures from continuous shooting or shooting videos in hot weather.

The superior AF system from the OM-D E-M1 Mark II has been advanced to provide photographers more auto-focus capabilities than ever before. The ability to customise and inclusion of multi point selector allow the camera to have greater responsiveness to a subject’s size, movement and speed. In addition to the overall AF performance improvements, the E-M1X includes a new feature, Intelligent Subject Detection AF, developed from Deep Learning Technology.

Maximum 60 fps AF/AE lock high-speed sequential shooting is available while capturing images at the full resolution of 20.37 million effective pixels. With sequential shooting performance that goes beyond SLRs, it is possible to capture split-second moments that the human eye cannot see in high definition.

The Anti-flicker shooting mode reduces the effect of flickering that tends to occur under artificial lighting. The camera can detect the frequency of artificial lighting and activates the shutter at peak brightness to smooth out uneven exposure and colour between frames. This feature is particularly useful for shooting indoors.