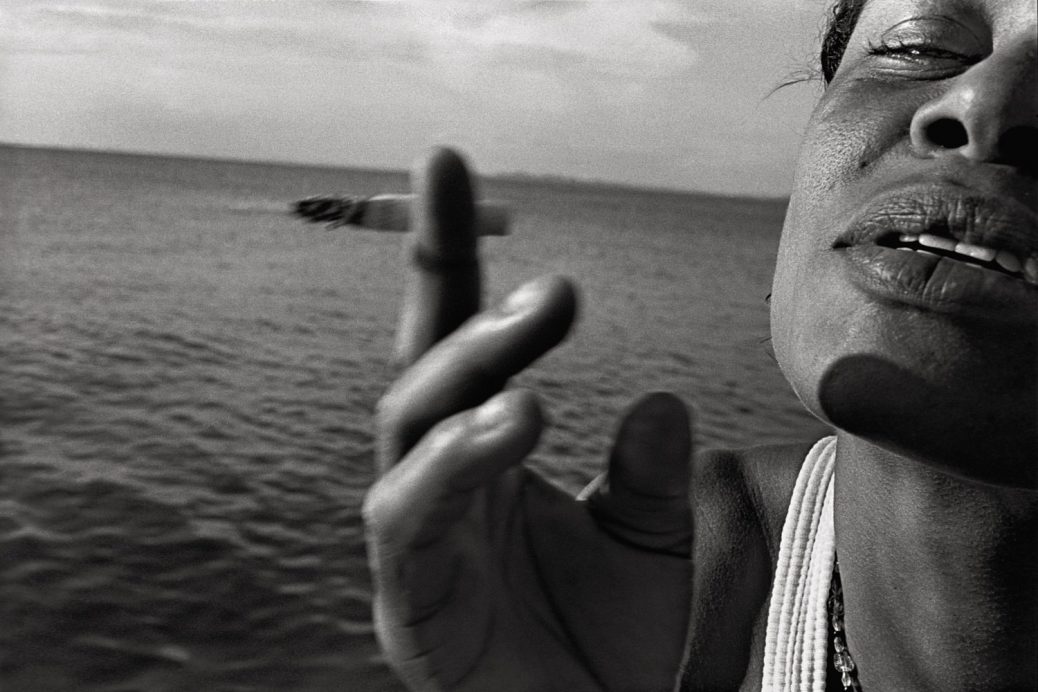 Pathos is the first photo book by Giorgio Negro, an Italian-Swiss photographer:
an extremely significant work, the result of about fifteen years of travel around the world, often linked to his profession as an operator of the International Red Cross.

The project Pathos was carried out during 15 years in 5 Latin American countries (Mexico, Cuba, Brazil, Peru, and Ecuador). About 80% in analog, the rest in digital. “Pathos” became a book in May 2019.
The photographs are fragments of an intimate and personal journey and represent the vision of the author in the face of the ambiguity and contrasts of the Latin American continent.

This view, however, is strongly influenced by his professional background: active for over 20 years as a delegate of the International Committee of the Red Cross, he has worked in many countries in situations of war or armed conflict, confronting daily with violence, human cruelty and its consequences. The images were taken during his spare time, his holidays and therefore away from the areas where he worked. However, the portfolio somehow mirrors the duality Bene / Evil that the war exasperates without mercy and which he has witnessed very closely.

The photographic process has become in practice a sort of “rediscovery” of the world through a critical lens: one that allows us to see everywhere and in anyone (often in a metaphorical form) the coexistence of Good / Evil, but without pessimisms or judgments of a moral nature, but simply as a matter of fact.

He looked for violence where there would seem to be only peace, and poetry where there should only be pain.
Without any journalistic or documentary objective, he limited himself to meeting people, animals, and the environment, always looking for an empathic contact with the subjects of his photos. He simply photographed what caught his attention. No image has been staged, they are just spontaneous snapshots, although sometimes results of long waits or conversations.

“Completing Pathos was a very important emotional process for me, a way of looking back to become aware and come to terms with my experience of closeness with the dark side of man but also with his lights. This book is about a journey. Not only physical but also spiritual, made of experiences and feelings. Carried out over many years and through hundred places, and yet timeless and motionless. A deep dive into the human soul.
Photography has been for me like a bridge, a way to wordlessly talk to people, communicating only through shared feelings and common sensations.
I have been walking a long way, listening to the voices and the emotions welcoming my footsteps … the ambiguous yet unforgettable beauty of fallen angels, while smiling devils were winking at me from behind a corner … a mirror sending back to me reflections of tenderness and compassion, sadness and passion, desolation and joy.
So many shadows and so many sun rays.
Pathos has been my companion all along my photographic journey”. (Giorgio Negro)

Giorgio was born on the 7th of September 1959, in Turin, Italy, to an Italian father and a Swiss mother. He spends his childhood and adolescence years in the peaceful environment of the Italian province. In 1986, he gets a degree in Electronic Engineering and then moves to Switzerland, where he starts working for a small electronics firm.

In 1995 he quits his profession forever and gets a job as a Delegate for the International Committee of the Red Cross. He then begins a series of missions which will take him around the world, working in many armed conflicts and wars: Chechnya, Peru, Colombia, Irak, Israel, Sudan, Chad, Libya among others.
In 2005, Giorgio meets Ernesto Bazan, the Italian maestro who will make him discover street photography and who will become his friend and mentor.
It is the beginning of a great passion and of a magical journey through the world of black and white photography.
In 2008, the French magazine “Réponses Photo” publishes 10 images from the first phase of his project on Latin America, which has now been published as a book with the title “Pathos” for the BPP – Bazan Photo Publishing.
In 2017 he quits once again his job, to fully dedicate himself to photography and family.
In 2016 and 2018 he is among the winners of the Latin America Fotografia Awards. In 2018 he also is among the winners of the Lens Culture Emerging Talents Awards, he is selected as a finalist at the Miami Street Photography Award and then receives the 4th place at the PND Photojournalism in B&W Award.

In 2019 he is the winner of the Milano Street Photo Award and also among the finalists of the SIPA – Siena International Photo Awards.
He is currently working on 2 photo projects. One is about religion in Brazil, together with the Italian photographer Dario De Dominicis: this body of work has been exposed in 2018 in Rome and Rio de Janeiro and will be part of a documentary film directed by Margarita Hernandez, due to be released by the end of 2019. The other one is about daily life in Switzerland, focusing on the many contrasts of this country always on the brink between very modern and very traditional.
Pathos won the Ethical Photography Award of Lodi, Italy Photo Award and Voglino Award.

More info about the book and the author:
http://giorgionegrophoto.com/