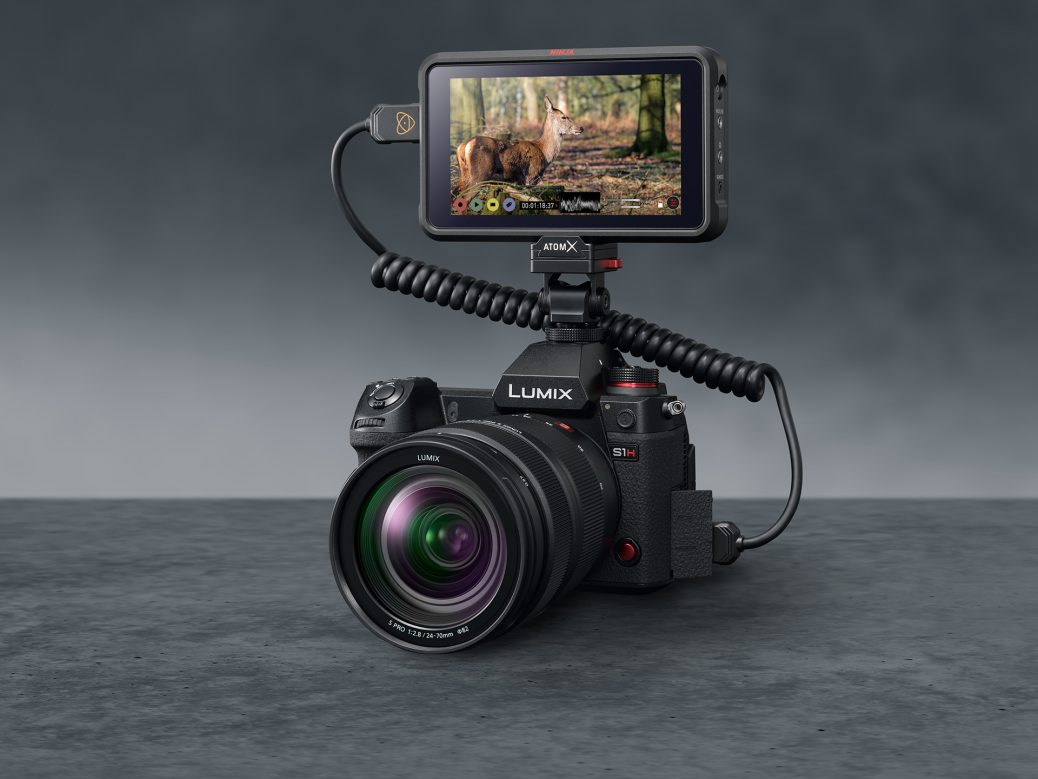 The firmware updates enabling the much-anticipated Atomos Ninja V and Panasonic LUMIX S1H RAW over HDMI combination have unfortunately been slightly delayed from the original 25th May release schedule. An unforeseen technical issue has come to light in the final rounds of beta testing. The companies announce they are working together to complete the development as soon as possible.

Panasonic will be releasing Ver 2.0 firmware on May 25th with various improvements to camera functions, however, it will not include the planned RAW HDMI output feature. Atomos will release its Ninja V AtomOS for LUMIX S1H HDMI RAW in-line with Panasonic’s RAW output firmware.

While the v2.0 firmware won’t have its headline feature when released on Monday, it will still offer these new features: