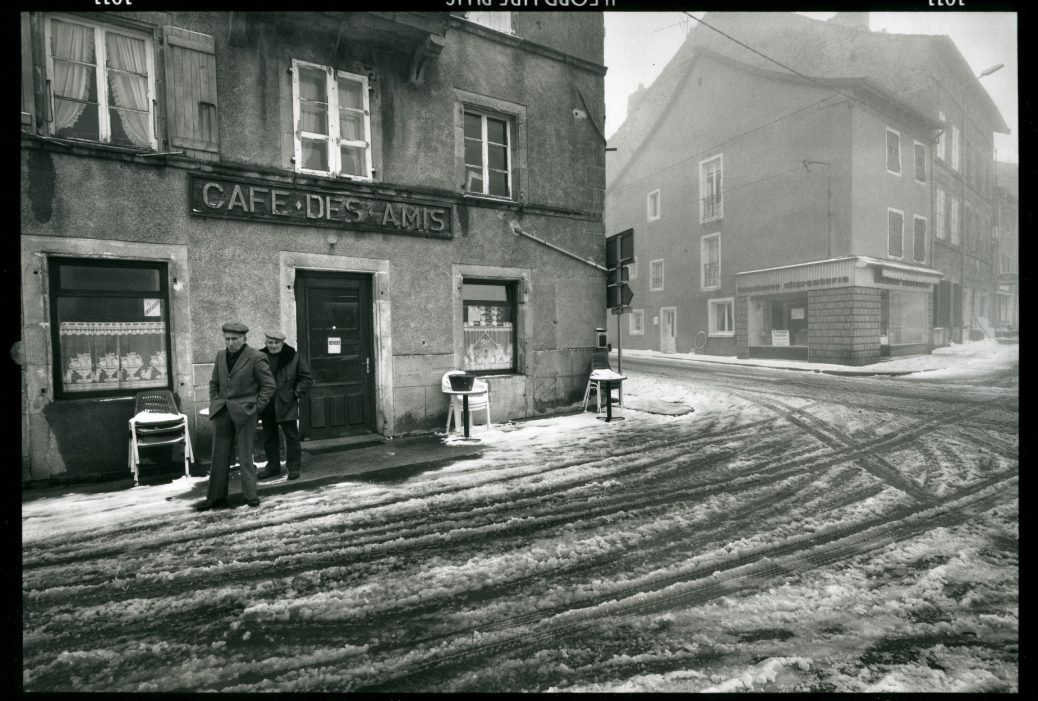 In the 1990s and 2000s, Raymond Depardon traveled through rural France with his 6 x 9 medium format camera at his side. As a result of his explorations, his black and white photographs tell the story of the land, of the people – including manual labor and the isolation and fragility of small farming – and the beauty of the French countryside.

In October 2020, the Fondation Cartier pour l’art contemporain published Rural, a book that collects this impressive series of 86 black and white photographs; a tribute to the photographer’s roots and to the men and women he met during his journey.

With this new book as a starting point, on November 19, 2020, Raymond Depardon had an online conversation with Clément Chéroux, chief curator of photography at the Museum of Modern Art in New York, and Pauline Vermare, cultural director of Magnum Photos, New York.
It was an opportunity for Raymond Depardon to talk about his travels to France to photograph his parents’ land and farm, but also about his unique relationship with the United States.

Rural is available on the Fondation Cartier e-shop.

Raymond Depardon (b.1942 ) is a French international director, photographer and journalist who occupies a unique place in the field of contemporary image. In 1967 he co-founded the Gamma agency and in 1978 he joined Magnum Photos, for which he would make reportages all over the world until the early 1980s. While continuing to practice photography daily, he turned his attention to documentary cinema, using the approach of direct cinema.

Clément Chéroux is the newly appointed Joel and Anne Ehrenkranz Chief Curator of Photography at the Museum of Modern Art in New York. Previously, he was curator (2007–2012) and chief curator (2013–2016) of photography at the Center Pompidou in Paris. Most recently, he held the position of Senior Curator of Photography (2017-2020) at the San Francisco Museum of Modern Art. Clément Chéroux is a French photography historian and holds a PhD in Art History.

Pauline Vermare is the cultural director of Magnum Photos, New York. Prior to joining Magnum in 2017, she was curator at the International Center of Photography (ICP), where she worked on numerous exhibitions and publications. Prior to joining ICP, he worked at the Museum of Modern Art (MoMA) on the exhibition and publication Henri Cartier-Bresson: The Modern Century (2009-2010). From 2002 to 2009 he worked at the Fondation Henri Cartier-Bresson in Paris.