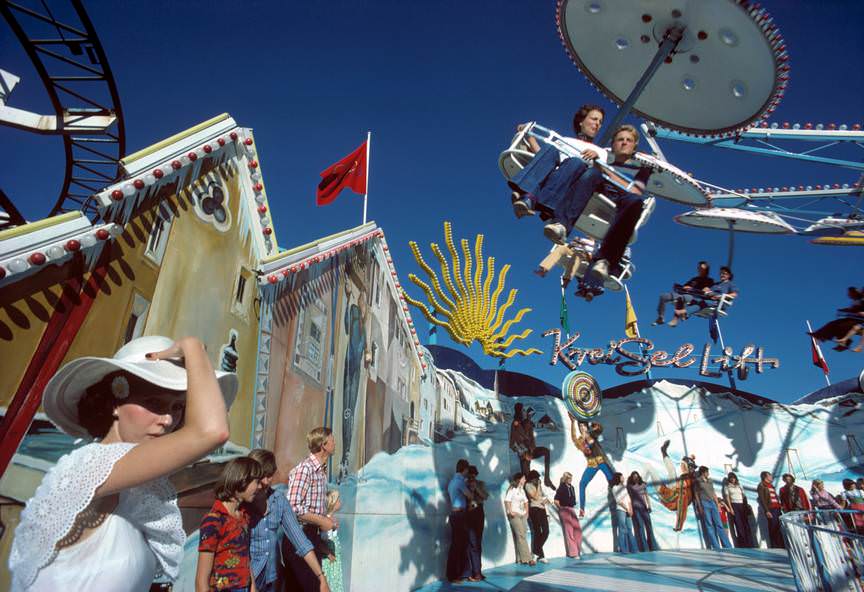 René Burri was born in 1933 and died in 2014 in Zurich, Switzerland. Throughout his life, he was on the front line of global history. He joined Magnum Photos in 1955, becoming one of its members in 1959.

Over the course of his career spanning almost sixty years, he traveled to Europe, the Middle East, North, Central, and South America, Japan, and China, recording with lucidity and acuity most of the momentous events of the second half of the 20th century. Numerous influential people were also captured by his lens including Picasso, Le Corbusier, Niemeyer, Barragan, Giacometti, and Tinguely. In 1963, he produced his iconic portrait of “Che au cigare” (Che with Cigar), which brought him to the attention of the public.

From January to May 2020, curated by Marc Donnadieu and Mélanie Bétrisey, the institution has scheduled a new retrospective of his life’s work entitled René Burri, Explosions of Sight. The bonds between René Burri and the Musée de l’Elysée are strong and anchored in the institution’s history. In 1985, when it was opened as a “museum for photography”, Burri attended his friend Charles-Henri Favrod. Two years later, his photographic project “Les Ruines du futur” (The Ruins of the Future) was presented. In 2004, the museum hosted his first retrospective. In 2013, Burri decided to set up a foundation in his name at the Musée de l’Elysée.

This new exhibition is the culmination of diligent research and studies carried out by the Musée de l’Elysée teams since 2013 on the entire René Burri collection in family archives and the Magnum Photos archives in Paris and New York. It aims to offer a new perspective on all Burri’s myriad creative activities throughout his life. It reveals a more personal and secret side to one of the most influential photojournalists of our time with a great many often previously unpublished documents: contact sheets, study prints, films, models for books, exhibition projects, notebooks, collages, watercolors, drawings, etc.

Based on a long, chronological “Lifeline” leading visitors through the nine rooms of the Musée de l’Elysée’s two exhibition levels, this project develops twelve “Focal Points”, each showcasing a decisive element of Burri’s creative process in the broadest sense of the term: Cinema; Structures; Myself and the Others; Che; China; Television; Magnum; Book; One World; Colour; Collages; Drawings. In this exhibition, René Burri is shown to be modern and inventive, committed and facetious, curious and generous, unifying and a mentor, a rebel and poet, impassioned and fascinating and above all, particularly explosive.