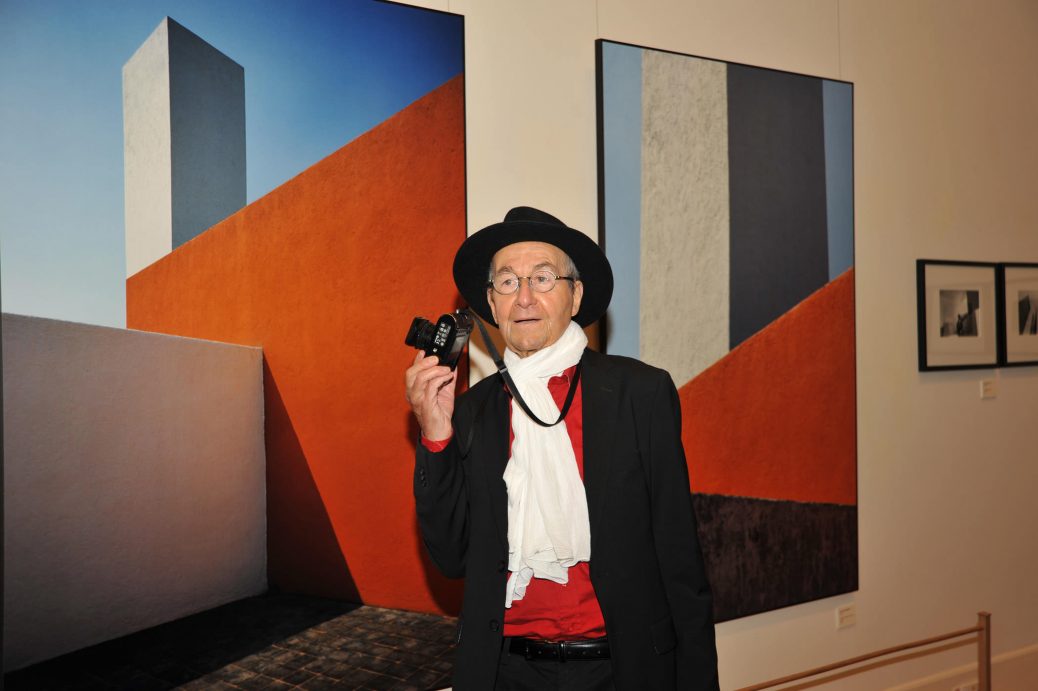 The famous Swiss photographer takes us on a journey through six images of his archive, describing characters like Che Guevara who smokes in his office in 1963, Pablo Picasso in Cannes in 1957 and American soldiers entertained in a brothel in Seoul in 1961.

Burri also recalls his famous photograph taken in São Paulo in 1960: ‘The men on a roof, 1960’, filming the San Cristobal Stables in Mexico City in 1976 and the reopening of the Suez Canal in 1974, explaining why the techniques modern as the photo editing are becoming our way to looking for the truth.

In this exclusive film, Matt Willey talks to the legendary Magnum photographer about six of his most iconic and interesting photographs, from Picasso to the reopening of the Suez Canal.

René Burri was a member of Magnum Photos and photographed major political, historical and cultural events and key figures of the second half of the 20th century.

Burri studied at the School of Applied Arts in his native city of Zurich, Switzerland. From 1953 to 1955 he worked as a documentary film-maker and began to use a Leica while doing his military service.
He became an associate of Magnum in 1955 and received international attention for one of his first reportages, on deaf-mute children, ‘Touch of Music for the Deaf’, published in Life magazine.
In 1956 he traveled throughout Europe and the Middle East, and then went to Latin America, where he made a series on the gauchos that was published by Du magazine in 1959. It was also for this Swiss periodical that he photographed artists such as Picasso, Giacometti and Le Corbusier. He became a full member of Magnum in 1959, and started work on his book Die Deutschen, published in Switzerland in 1962, and by Robert Delpire the following year with the title Les Allemands. In 1963, while working in Cuba, he photographed Ernesto ‘Che’ Guevara during an interview by an American journalist. His images of the famous revolutionary with his cigar appeared around the world.

Burri participated in the creation of Magnum Films in 1965, and afterwards spent six months in China, where he made the film The Two Faces of China produced by the BBC. He opened the Magnum Gallery in Paris in 1962, while continuing his activities as a photographer; at the same time he made collages and drawings.

In 1998 Burri won the Dr Erich Salomon Prize from the German Association of Photography. A big retrospective of his work was held in 2004-2005 at the Maison Européenne de la Photographie in Paris and toured many other European museums. René Burri lived and worked in Zurich and Paris.

Burri has said that he never waits for the perfect moment to take a photograph; instead he quickly captures what is happening in front of the camera, which comes to include a distinctive picture.
Burri has captured iconic images of key cultural figures of the 20th century, including Le Corbusier and Giacometti; his account of the major politicians and personalities that he has made a part of his life show why Burri is of one of the world’s greatest living photographers.