Home News The Eyes of the City: Richard Sandler 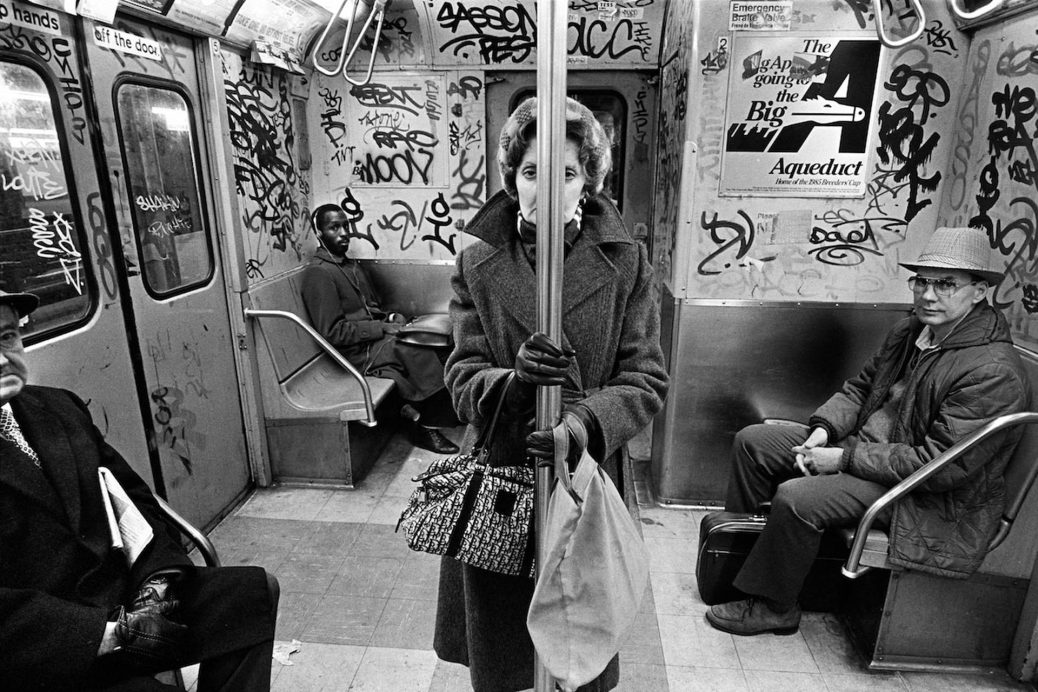 The noted street photographer and filmmaker is showing a decade’s worth of work in this show, based on his book The Eyes of the City.
Opens Saturday, Feb 8 and runs through Feb. 29 at 515 Bendix Building, downtown Los Angeles.

A series of photos by Richard Sandler, taken in New York during the 80s and the 90s. From 1977 to just weeks before September 11, 2001, Richard regularly walked through the streets of New York, making incisive and humorous pictures that read the pulse of that time.
Timing, skill, and talent all play an important role in creating a great photograph, but the most primary element, the photographer’s eye, is perhaps the most crucial. In The Eyes of the City, Richard Sandler showcases decades’ worth of work, proving his eye for street life rivals any of his generations.

After serendipitously being gifted a Leica camera in 1977, Sandler shot in Boston for three productive years and then moved back home to photograph in an edgy, dangerous, colicky New York City.

In the 1980s crime and crack were on the rise and their effects were socially devastating. Times Square, Harlem, and the East Village were seeded with hard drugs, while in Midtown Manhattan, and on Wall Street, the rich flaunted their furs in unprecedented numbers, and “greed was good.”

In the 1990s the city underwent drastic changes to lure in tourists and corporations, the result of which was rapid gentrification. Rents were raised and neighborhoods were sanitized, clearing them of both crime and character. Throughout these turbulent and creative years, Sandler paced the streets with his native New Yorker’s eye for compassion, irony, and unvarnished fact.
The results are presented in The Eyes of the City, many for the first time in print. Overtly, they capture a complex time when beauty mixed with decay, yet below the picture surface, they hint at unrecognized ghosts in the American psyche.

The Eyes of the City is a collection of work from Sandler’s 40-year career in photography.

Says Sandler about his exhibition: “The photographs in this show were made in New York City (and Boston) between 20 and 40 years ago, and they depict a complicated time that lives in limbo: they are too young to be historical records of the distant past and too old to resemble today’s high tech malaise; Thus, these are pictures from the ‘recent past,’ and as such, they reveal the time just before the mass proliferation of computers, cell phones digital cameras and the internet.

New York was a mess and there was no way to filter the realities of the broken city, and there was no refuge in virtual space yet. For better and for worse, one was simply ’on the street,’ ‘in public space,’ bathing in the comforts, (or terrors), of the human sea.
Underground, graffiti tags and spray paint exploded onto every surface and whole subway cars were “bombed,” windows and all. Above and below ground, crime and crack were on the rise, rents were cheap, many souls were homeless, and tourists avoided the city.
The Times Square and the East Village streets, though dangerous, were also havens for an edgy art scene with dozens of galleries and music clubs. In mid-town, and on Wall Street, the rich wore gaudy furs in unprecedented numbers, and like now, the extremes of wealth and destitution were on parade. To some, the New York City of the recent past was a hell on Earth, yet to others it was one of New York’s most fertile artistic periods.
I had one eye out for soulful and ironic juxtapositions, and the other out to record civic history itself. I shot 4 – 5 rolls of film everyday and safely danced with the city’s ghosts.”

Richard Sandler is a street photographer and documentary filmmaker. He has directed and shot eight non-fiction films, including “The Gods of Times Square,” “Brave New York” and “Radioactive City.”

More info about the exhibition on:
515bendix.com

More info about the book on:
http://www.powerhousebooks.com/

More info about the author on:
http://www.richardsandler.com