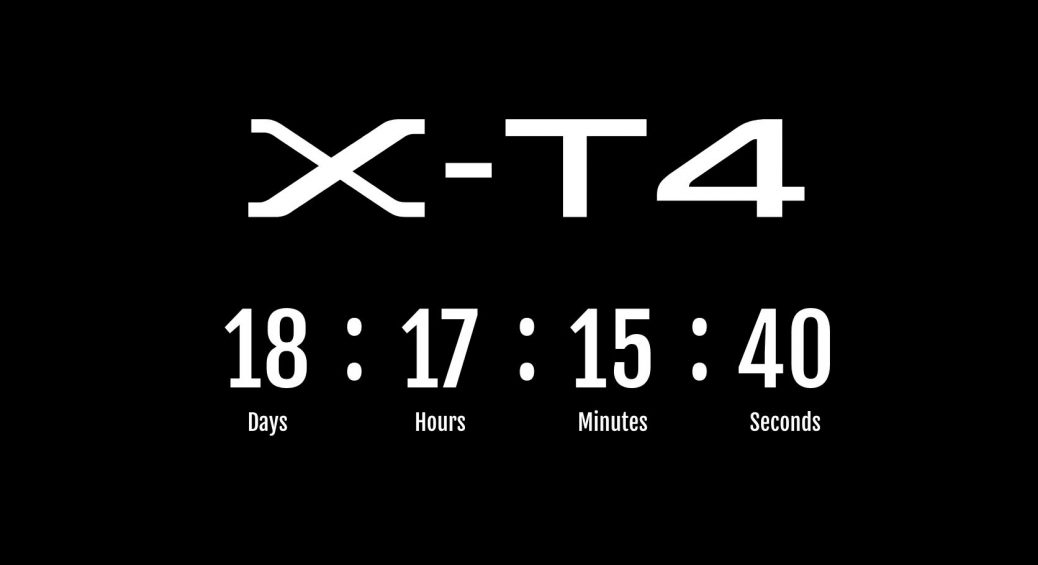 After revealing the X100V, during the third ‘X Summit’ in London the Japanese camera company has now officially confirmed the launch date for the incoming Fujifilm X-T4, its new mirrorless all-rounder. Otherwise, there is currently no information at all about this new camera.

The announcement came at the very end of the stream, during a special video message by Fujifilm executive Toshi Ida.
In addition to showing off the new Fujifilm offices under construction, Mr. Ida revealed that the X100V is not the only camera Fuji will be releasing this month: the Fujifilm X-T4 will be revealed as well.

The X-T4 will be announced on February 26 at 12am ET, which is just before Japan’s CP+ camera trade show starts.
This date has been heavily rumored but was confirmed by Fujifilm at theirs X Summit.

While there was zero information about it right now, rumors suggest the camera will feature Fuji’s newest X-Trans APS-C sensor. It will also reportedly include in-body stabilization – a feature that among the company’s X-series cameras has so far been exclusive to the X-H1 – as well as support for 10-bit internal 6K video capture at 60 frames per second, an improved EVF, new battery and a slightly larger footprint.
It could also include a fully articulating screen to make the camera an even better fit for vloggers.

The countdown is set to go live on the Fujifilm-X website.