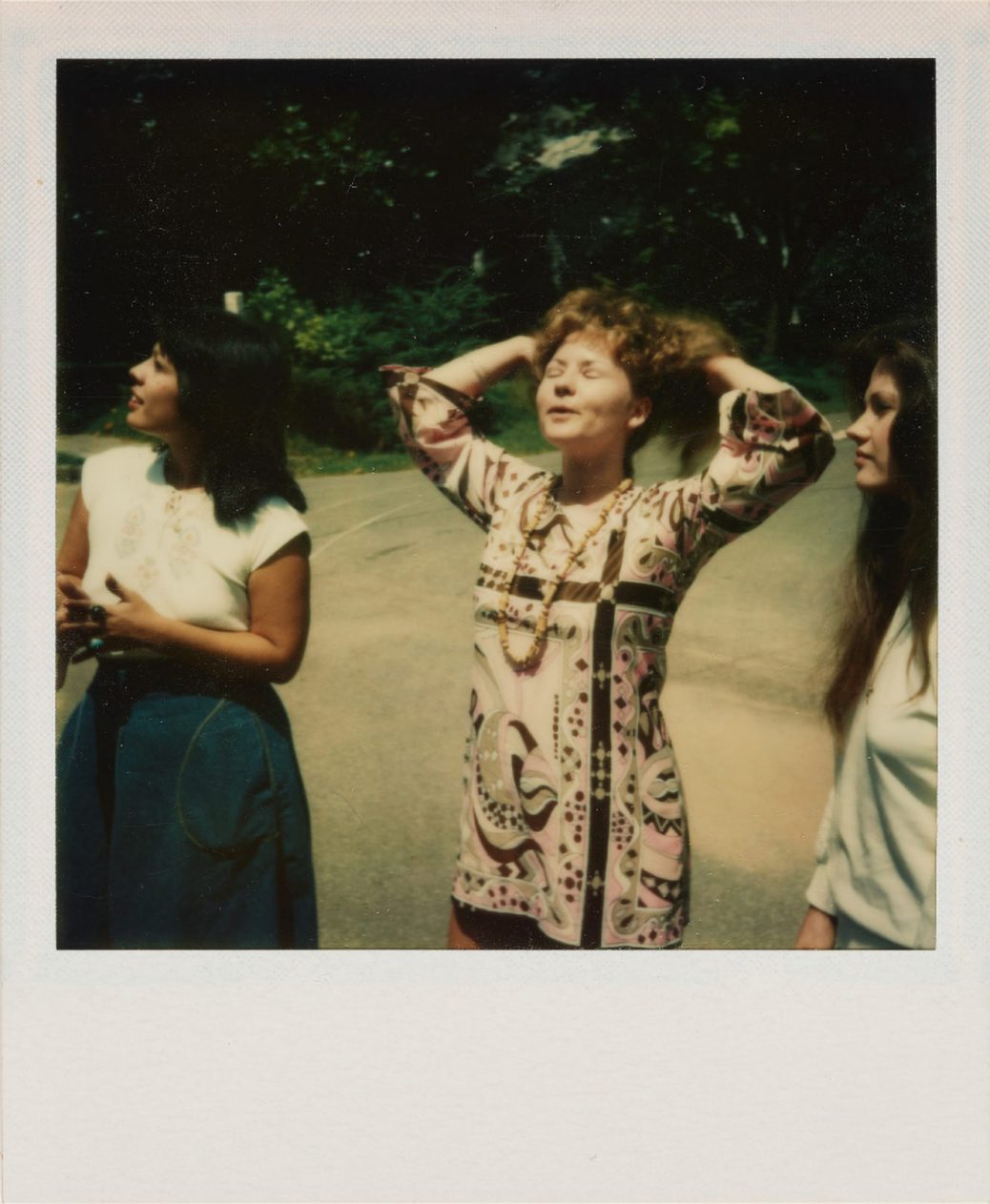 This book is a facsimile of an album of Eggleston’s Polaroids assembled by the photographer himself, and containing the only photos he made in this medium. Consisting of 56 images taken with the Polaroid SX-70 (the now cult camera produced between 1972 and 1981) and hand-mounted in a black leather album also produced by the company, Polaroid SX-70 is the first publication of Eggleston’s Polaroids.

The gloriously mundane subjects of these photos—a Mississippi street sign, a telephone book, stacked crates of empty soda bottles—is familiar Eggleston territory, but fascinatingly all of these Polaroids were taken outdoors. They are rare records of Eggleston’s strolls or drives in and around Mississippi, complement the majority of his work made with color negative film or color slides, and show his ironic flair for photo-sequencing in book form.

William Eggleston assumes a neutral gaze and creates his art from commonplace subjects: a farmer’s muddy Ford truck, a red ceiling in a friend’s house, the contents of his own refrigerator. In his work, Eggleston photographs “democratically” – literally photographing the world around him. His large-format prints monumentalize everyday subjects, everything is equally important; every detail deserves attention.

A native Southerner raised on a cotton plantation in the Mississippi Delta, Eggleston has created a singular portrait of his native South since the late 1960s. After discovering photography in the early 1960s, he abandoned a traditional education and instead learned from photographically illustrated books by Walker Evans, Henri Cartier-Bresson, and Robert Frank. Although he began his career making black-and-white images, he soon abandoned them to experiment with color technology to record experiences in more sensual and accurate terms at a time when color photography was largely confined to commercial advertising.

In 1976 with the support of John Szarkowski, the influential photography historian, critic, and curator, Eggleston mounted “Color Photographs” a now-famous exhibition of his work at the Museum of Modern Art, New York. William Eggleston’s Guide, in which Szarkowski called Eggleston’s photographs “perfect,” accompanied this groundbreaking one-person show that established his reputation as a pioneer of color photography. His subjects were mundane, every day, often trivial, so that the real subject was seen to be color itself. These images helped establish Eggleston as one of the first non-commercial photographers working in color and inspired a new generation of photographers, as well as filmmakers.

Eggleston has published his work extensively. He continues to live and work in Memphis and travels considerably for photographic projects.