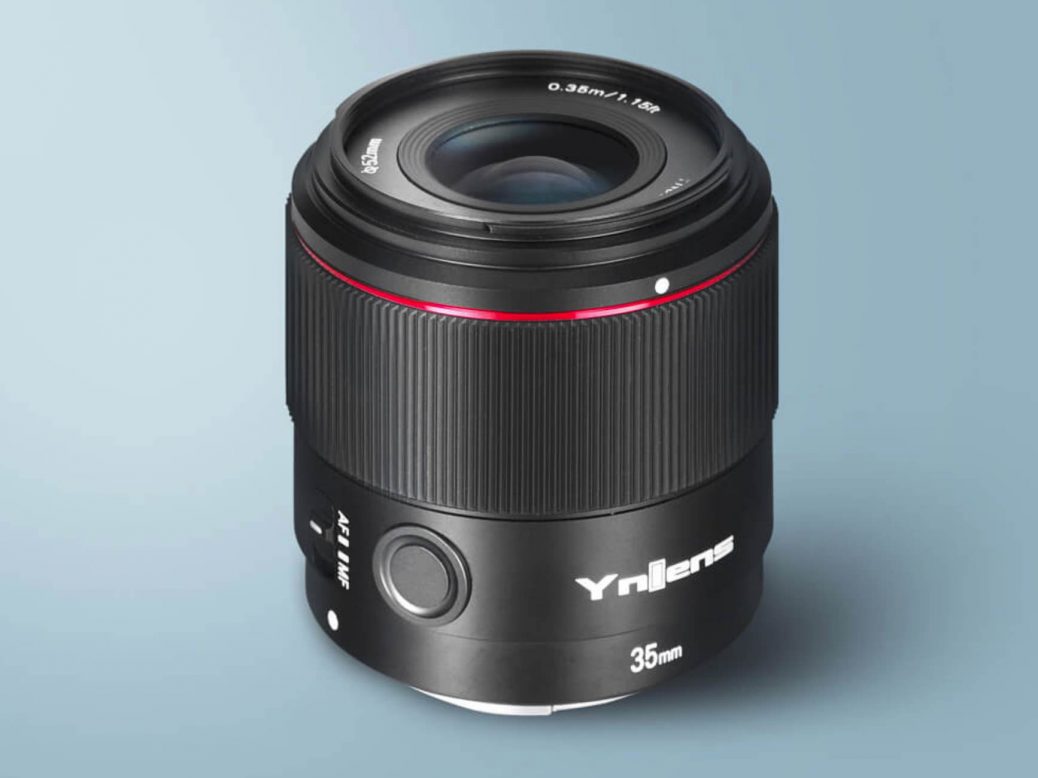 Chinese manufacturer Yongnuo is no stranger to affordable alternatives to first-party products. It was nearly two years ago that Yongnuo announced its Android-based MFT mirrorless camera, the YN450, which has since been released. The company has been building up its lens options in Nikon F and Canon EF mount, and after the release of the 50mm f/1.8 AF lens for Sony APS-C cameras, the company is offering a full-frame 35mm f/2S DF DSM lens designed to work on full-frame E-mount camera bodies.

The construction of the lens is mostly plastic, although it does have a metal bayonet mount with gold plated contacts to communicate with the camera. Optically, the new lens is constructed of nine elements in eight groups, including one low-dispersion element and one aspherical element. The elements have a Nano-multilayer coating which Yongnuo says helps to improve light transmittance while suppressing ghosting and flare.

It also has a circular aperture with a 7-blade aperture design and a minimum f-stop of f/16. The minimum focusing distance is 0.35m. The maximum magnification is approximately 0.13x.
For autofocus, it uses a drive stepping motor. Yongnuo says that compared to a traditional DC motor, the digital control stepping motor (DCM) has “high focusing accuracy, and quieter focusing action, which is suitable for photo shooting and video recording.” There’s also a convenient AF/MF switch on the barrel that’s alongside an Fn custom function button.

It also has a USB-C port on the body for possible future firmware updates.
The company claims that the new lens is small and light. In fact, the maximum diameter and length of the lens is about 67mm x 72mm and the net weight is only about 295g. No release date has been announced yet, nor has there been any mention of a price.