Ilse Bing: Paris and Beyond 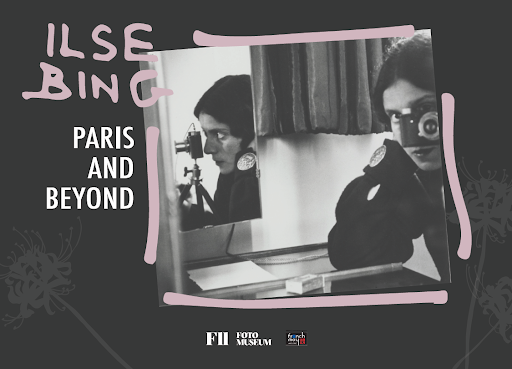 Ilse Bing: Paris and Beyond

From June 17 to October 31, 2020, F11 Foto Museum presents the “Ilse Bing – Paris and Beyond” exhibition, featuring over 100 works of this influential female photographer who helped turn Paris into the center of modern photography in the 1930s. A majority of the vintage prints in this collection were taken at the height of Bing’s photography career in Paris, while the rest reflects the drastic change of her spirit after war influence. This exhibition is an image memoir of Bing’s dramatic life in the face of stark reality.

Born to a wealthy Jewish family in Frankfurt in 1899, “Queen of the Leica” Ilse Bing was once amongst the very first few women photographers to influentially master the avant-garde handheld Leica 35mm camera in the 1930s. She was also amongst the first to use solarisation, electronic flash and night photography, and established her own distinctive photographic style adoring romanticism, symbolism and dream imagery of surrealism. She died in 1998, just a few days before her 99th birthday.

Her work can be found in many major public collections including the Metropolitan Museum of Art; the Museum of Modern Art; the National Gallery of Art, Washington, D.C.; the Art Institute of Chicago; and the Victoria and Albert Museum.

American, born in Germany. 1899 – 1998
Bing began her career as a photojournalist in Frankfurt. In 1930, inspired by the work of Paris-based photographer Florence Henri, she packed up and moved to the French capital. Bing’s career flourished there: She freelanced for publications such as Le monde illustre, Regards, Paris Vogue, Vu, and even the American Harper’s Bazaar.

Bing also established herself as a prominent avant-garde artist, experimenting with angles, motion, and printing techniques in many of her photographs of Paris landmarks, including at the Eiffel Tower, the Moulin Rouge, and the fountain on Place de la Concorde. Bing said, “It was a time of exploration and discovery…. We wanted to show what the camera could do that no brush could do, and we broke every rule. We photographed into the light—even photographed the light, used distorted perspective, and showed movement as a blur. What we photographed was new, too—torn paper, dead leaves, puddles in the street—people thought it was garbage! But going against the rules opened the doors to new possibilities.”

Along with other rule-breaking contemporaries such as Man Ray and Andre Kertesz, Bing exhibited her work in cutting-edge galleries in Paris and New York City, as well as MoMA’s first survey exhibition of photography, Photography 1839–1937 (1937).

In 1940, when the Nazis invaded France, Bing and her husband, who were both Jewish, were placed in separate internment camps in France. Luckily, with the support of an editor at Harper’s Bazaar, they were able to obtain visas and immigrate to New York next year. There Bing continued to take pictures, but in 1959 she decided to quit photography: “I wanted to make mobility felt and I needed another medium, so I turned to poetry…. My poems are called ‘snapshots without a camera.’” So, she reasoned, “I am always a photographer, whatever I do.” (via MoMA.org)