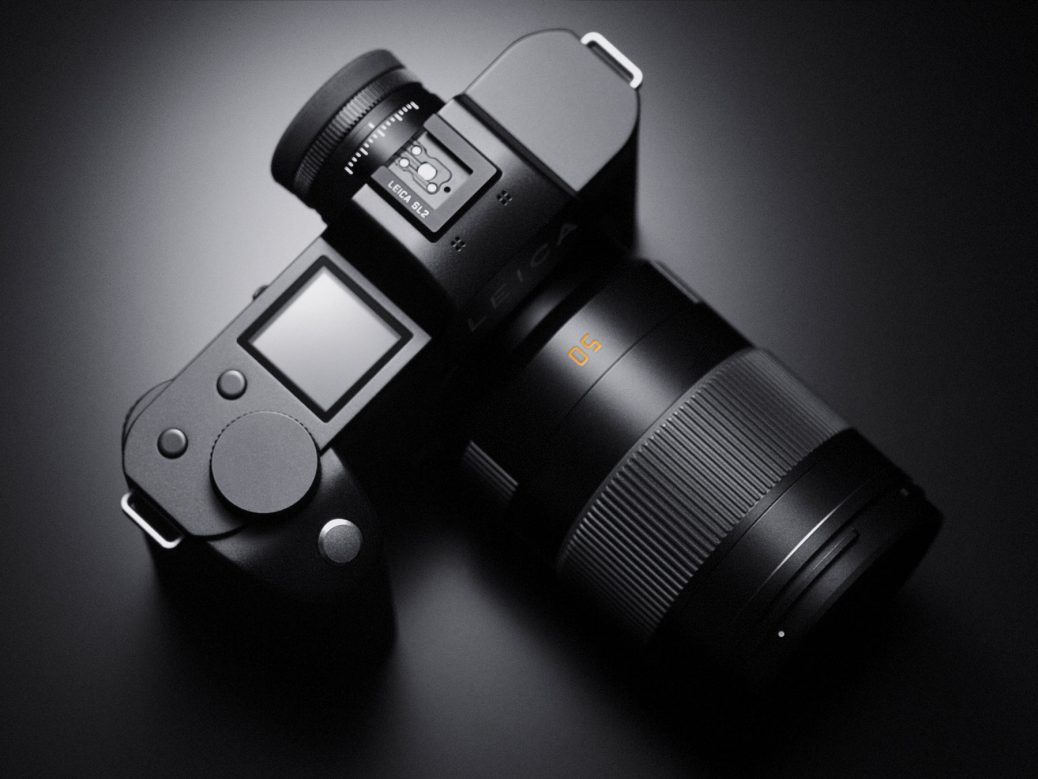 Leica has debuted the second edition of its SL full-frame mirrorless camera, taking some time well spent to perfect the new SL2, a camera that replaces the original SL that was announced back in 2015.
Leica promises that this new “all-purpose” camera “resets the tone for the mirrorless market.”

The SL2’s design will be familiar to anyone who’s seen the SL because it isn’t a dramatic departure from the original, though the hard edges have been softened, the grip has been refined, and a new three-button rear interface is similar to that of the Q2.

The mid-chassis is now magnesium, with aluminum for the top and bottom and a leatherette covering that goes all around the midsection.
Despite significant technical improvements, the Leica SL2 is neither larger nor heavier than its predecessor and feels particularly compact to handle. Durability-wise, the SL2 is IP54 certified, meaning it offers a high level of protection against particles and a good amount of protection against water.

The new SL2 is built around the same 47.3-megapixel full-frame CMOS sensor that debuted in the Leica Q2 (a major step up from the 24 million effective pixels in the SL), just slightly modified to work with an interchangeable lens system.

In a major evolution of the SL, the Leica SL2 features a suspended sensor that adjusts its position in order to quickly and efficiently compensate for camera shake and provides up to 5.5 stops of shake reduction. This in-camera method even makes image stabilization available to lenses that are not equipped with their own.

The new Maestro III processor facilitates a superior operating speed that shines in many aspects of the SL2’s performance. The autofocus is significantly faster and allows for a virtually lag-free shutter release in any shooting situation, which is further complemented by the new Smart AF mode, which autonomously switches between focus priority and shutter release priority.

One aspect that really shines on the previously SL was the viewfinder, and the new OLED viewfinder with a resolution of 5.76-megapixel is stunning to look through, with a large field of view, fast refresh rates, and crisp resolution.

For video shooting, the SL2 can shoot 4K at up to 60fps and Full HD at up to 180fps. 10-bit footage can be saved directly to the memory cards. There are built-in headphone and mic jacks as well as an HDMI connector for external monitors.

“Activating Cine mode transforms the SL2 into a manually controlled cine camera,” Leica says. “ISO becomes ASA, the shutter speed is marked in degrees on the rotary disk shutter, and the f-stops indicating the aperture ratio are replaced by T-stops, which measure the actual amount of light transmitted through the lens.”

It also comes with a variety of other features that will satisfy some of the needs of filmmakers, including focus peaking, zebra, safe overlays.

The Leica SL2 is already available for pre-order and will begin shipping on November 21 with a price tag of $5,995 for the body alone.