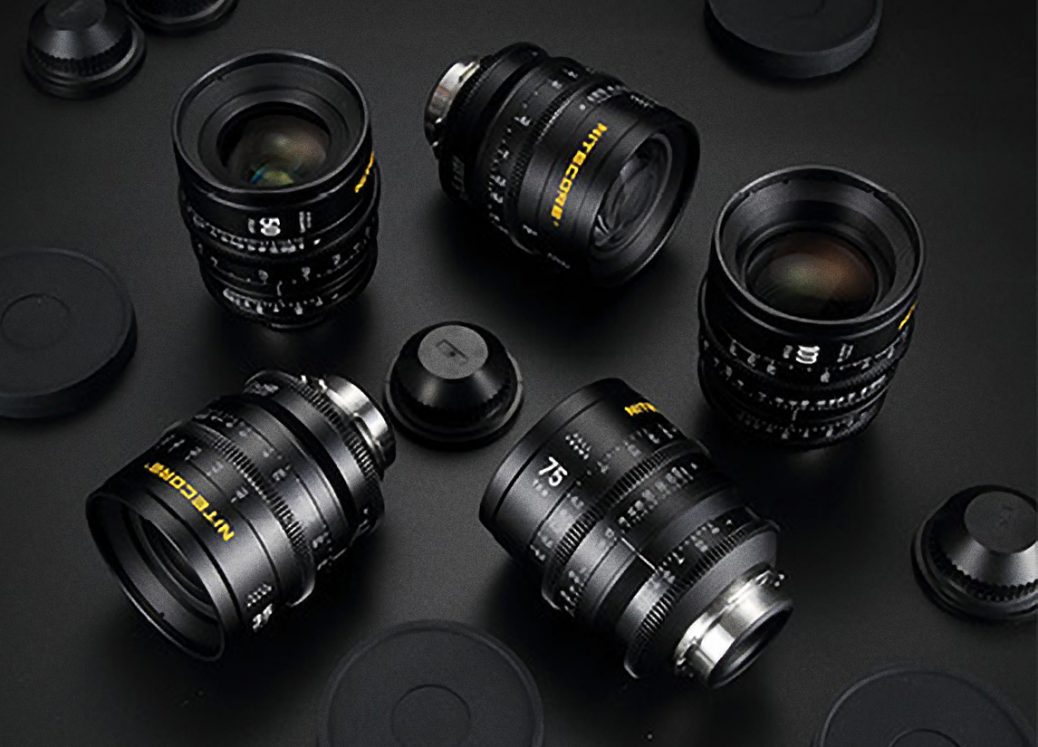 Nitecore, the same Chinese company known for its rechargeable flashlights and third-party battery equipment as we covered (see this article on Smart Battery for Sony) surprised almost everyone this week when they made an unexpected leap into the world of optics with the announcement of a line of “Full-Frame Superior Prime Cinema” lenses.

Nitecore flashlights are innovative, robust, super effective and intuitive illumination tools, used by many outdoors enthusiasts, among others. If you’re a street photographer using flashlights to paint your photos, you probably know the Nitecore name.

Today Nitecore is another name joining the lists of those companies that offer cinema lenses.
The five lens lineup includes a 25mm T2.1, 35mm T2.0, 50mm T2.0, 75mm T2.0, and 100mm T2.0. The S46.5mm format sensors of the NITECORE SP Lenses create more possibilities for the filmmakers and cover the full-frame format which is fully compatible with ARRI Alexa LF, Red Monstro VV, Panavision DXL2, SONY Venice, Canon C700 FF and other film cameras to be released in the future.

The apochromatic optical design provides outstanding performance in terms of ratio and axial dispersion. It achieves a natural and pure color rendering capability with the purple/green fringing hardly seen either within focus or in bokeh.

The NITECORE SP Lenses are designed with a unique optical coating which ideally controls dispersion while retaining plentiful details to create low contrast and a stylized flare. The SP 75mm lens is specially optimized on the skin details in a portrait.

The NITECORE SP Lenses also have high flexibility to be equipped with interchangeable PL, Canon EF and Sony E mounts for the needs of different camera users. The PL mount is included in the original package.

It’s worth noting these lenses appear nearly identical in specs to the NiSI cinema lenses launched in April 2018, the same story for Kinefinity, so there’s a good chance these new lenses from Nitecore are little more than white-label lenses from the same manufacturer of NiSi’s and Kinefinity’s lenses.

Original or rebranded, either way, it is interesting to see more companies in this market.
There are currently no details on pricing or availability at the moment, but we think that the complete set of 5 lenses should be available for around the same price as what Kinefinity and NiSi sell them for ($11,999).