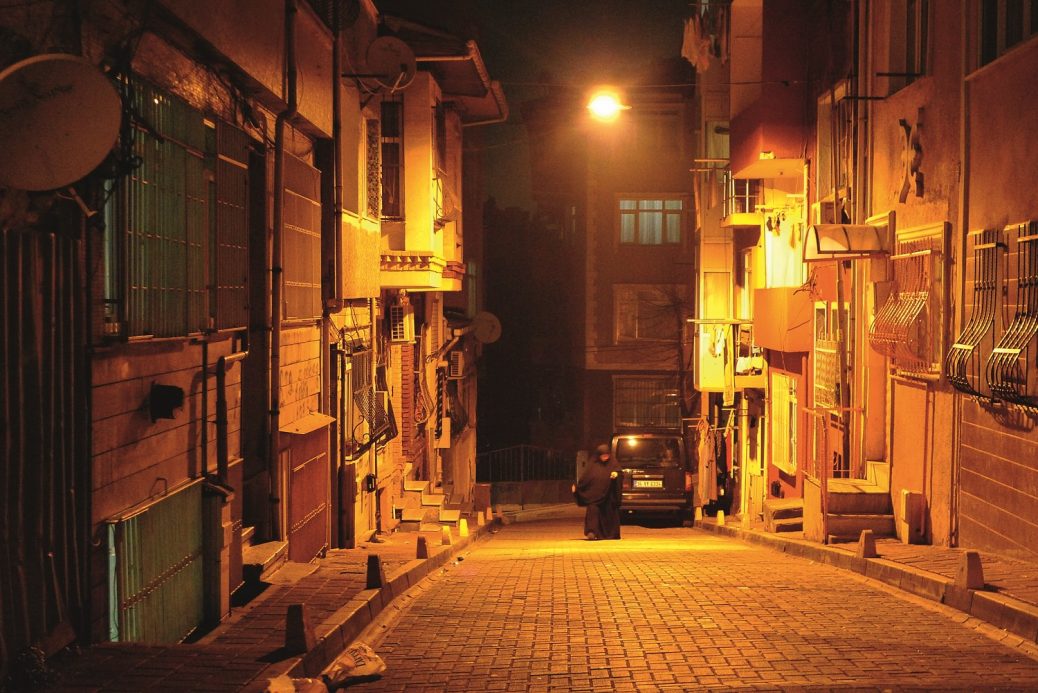 Orhan Pamuk walks through his city, Instanbul, photographing its streets at night. He discovers new light and new realities.
The dominant color in Orhan Pamuk’s new book of photographs is orange. When the Nobel-Prize-winning novelist is finished with a day’s writing, he takes his camera and wanders through Istanbul’s various neighborhoods.

He often explores the backstreets of his hometown, areas without tourists, spaces that seem neglected and forgotten, washed in a particular light. This is the orange light of the windows and streetlamps that Pamuk knows so well from his childhood in Istanbul 50 years ago, as he tells in his introduction. Yet Pamuk also observes how the homely, cozy orange light is slowly being replaced by a new, bright and icy-white light from the more modernized light bulbs. His continuous walks in the backstreets is about recording and preserving the comforting effect of the old, disappearing orange light, as well as recognizing this new white vision.

Whether reflected in well-trodden snow, concentrated as a glaring ball atop a lamppost, or subtly present as a diffuse haze, orange literally and aesthetically gives shape to Pamuk’s pictures, which reveal to us unseen corners of his home city and inside this creative artist’s mind.

Orhan Pamuk is a writer-artist who won the Nobel Prize for Literature in 2006.

Born in Istanbul in 1952, Pamuk intended until the age of 22 to be a painter and was thus encouraged by his family. In the 1960s and ’70s, as he describes in his book of autobiographical essays Istanbul (2003), he photographed the streets of Istanbul to use in his paintings; his early desire to take photos is explored in the introduction to the illustrated version of Istanbul (2017).