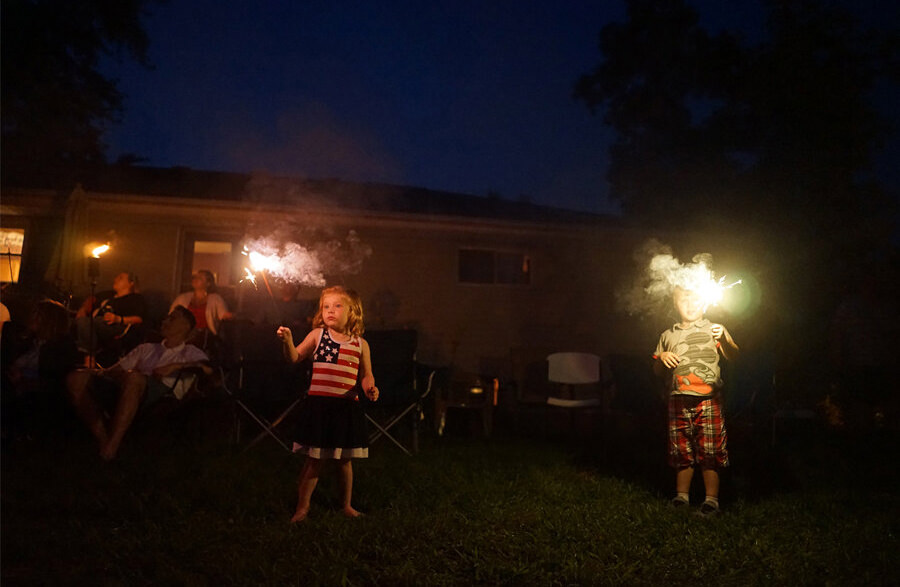 Studying at the International Center of Photography in New York, Rebecca Norris Webb first came across W. Eugene Smith’s Country Doctor, his famous Life Magazine photo essay.
She was immediately drawn to the subject of Smith’s essay, Dr. Ernest Ceriani, a Colorado country doctor who was just a few years older than her father. She wondered: How would a woman tell this story, especially if she happened to be the doctor’s daughter?

In light of this, for the past six years, Norris Webb has retraced the route of her 99-year-old father’s house calls through Rush County, Indiana, the rural county where they both were born. Following his work rhythms, she photographed often at night and in the early morning, when many people arrive into the world—her father delivered some one thousand babies—and when many people leave it.
Accompanying the photographs, lyrical text pieces addressed to her father create a series of handwritten letters told at a slant.

Night Calls is a meditation on fathers and daughters, on memory and one’s first landscape, on caretaking of the land and its inhabitants, and on history that divides us as much as heals us.
Limited and Deluxe editions contain a set of 2 prints including Blossoming, 2019, and Cloud, 2014 each print handwritten text in pencil, signed by the artist on the back, edition of 20.

Rebecca Norris Webb (born 1956) is an American photographer. For the past 20 years, she’s lived in Brooklyn with Alex Webb, and together they teach photography workshops for museums, universities, and arts organizations around the world.

Originally a poet, Rebecca Norris Webb often interweaves her text and photographs in her seven books, most notably with her monograph, My Dakota—an elegy for her brother who died unexpectedly—with a solo exhibition of the work at The Cleveland Museum of Art (2015), among other venues. Her work has appeared in The New Yorker, The New York Times Magazine, National Geographic, and is in the collections of the Museum of Fine Arts, Boston, the Cleveland Museum of Art, and the George Eastman Museum, Rochester, NY. Rebecca is a 2019 NEA grant recipient.

Her most recent book, “Brooklyn: The City Within”  (with Alex Webb), published by Aperture in fall 2019, will be exhibited at the Museum of the City of New York in March 2020. Her eighth book, “Night Calls”, will be released in fall 2020 by Radius.