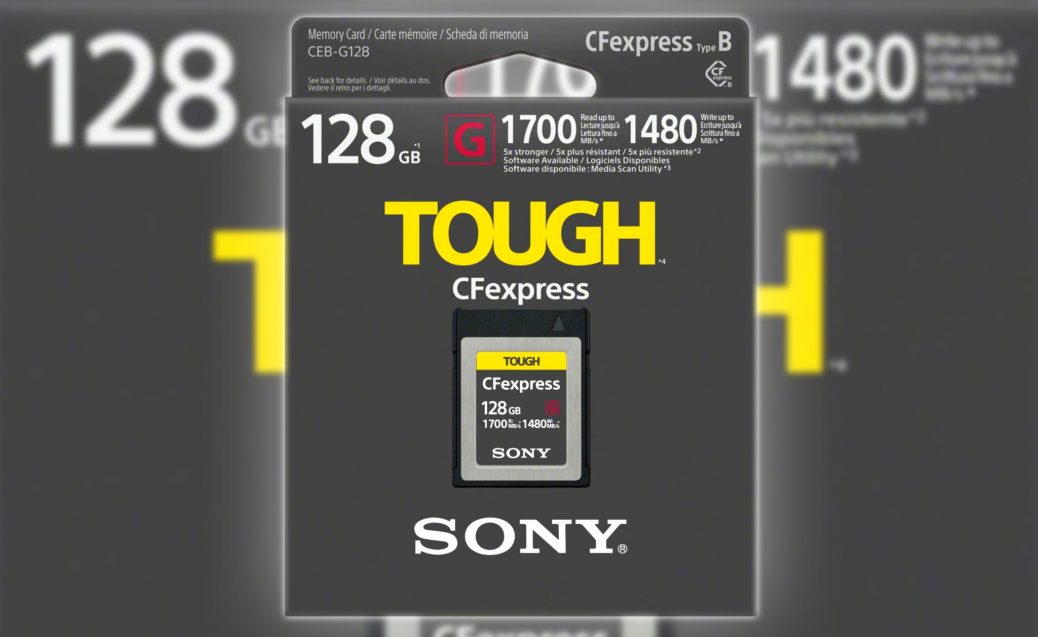 Today cameras are getting so fast now that it’s hard for regular SD storage cards, even UHS II models, to keep up.

Sony has announced the new CFexpress Type B spec and its newest CompactFlash memory card that’s supposed to be faster than anything else on the market. The new card’s read and write speeds are 1,700 MB/s and 1,480 MB/s, respectively. That stomps out Sony’s previous fastest card, which topped out at 630MB/s.

Several new cameras on the market, including Nikon’s Z6/Z7 and the Panasonic S1/S1R, will support the cards.
In fact, the cards are massive overkill for current consumer cameras like the Z6/Z7 and S1/S1R, which have maximum 4K video data rates (400 Mbps) around 35 times less than the cards can handle.

It’s not likely to benefit burst RAW shooting much either, as that’s inherently limited by the camera’s buffer size.

Still, if you install one of these in a Z6 (once Nikon’s CFexpress firmware arrives), you’ll never worry about card speed again, though the cameras themselves may not support the max speeds.

The new CEB-G128 memory card will come in 128GB and 256GB storage versions, with an even bigger 512GB variant “planned for the future.” Sony also announced a new CFexpress card reader — so you can move files off the card — that’s sold separately, called the MRW-G1 and optimized specifically for the Type B card.

It’s designed to be durable, by withstanding up to 70N of bend force, and can supposedly withstand falls from up to five meters high. The card reader also comes with Sony’s Media Scan Utility and Memory Card File Rescue, two free desktop apps that assist users in managing their new super fast memory cards.

Regarding availability, Sony’s new CFexpress memory card and MRW-G1 card reader will launch in the early summer of 2019, with pricing to be announced.