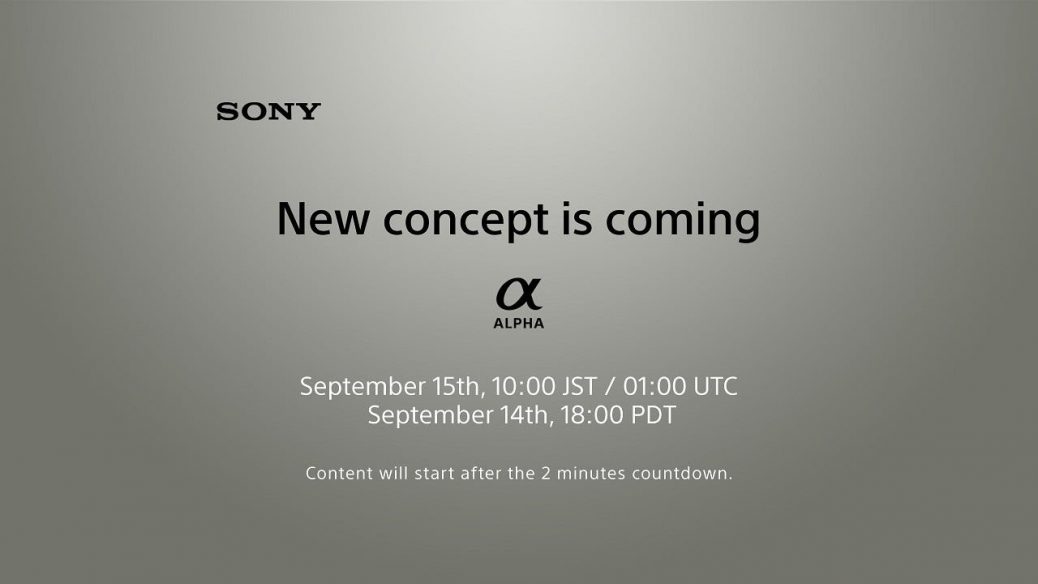 It seems the rumors of a new Sony full-frame mirrorless camera were correct, because the company has unveiled a teaser announcing the imminent arrival of a “new concept” in the alpha series of cameras that’s due to be announced within the next week.

A still image of the countdown was first shared on the Sony Japan website, and now a Livestream premiere countdown has been uploaded to the official Sony Camera channel on YouTube. No further information is being shared at this time about what exactly is being announced, saying simply that a “new concept is coming,” followed by the Sony Alpha logo and the date and time.

For more info, we must wait until next Monday night, September 14th.