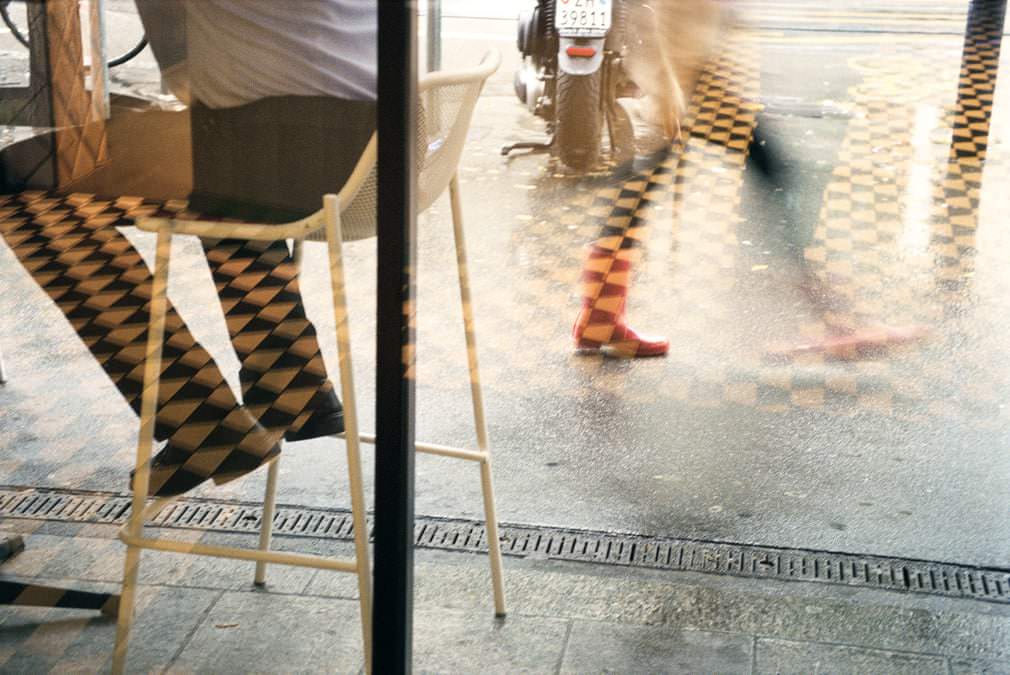 The picturesque vistas and apparent stability of Switzerland have made it an elusive subject for contemporary photography. Over a five-year period (2014 – 2019), Cole found a distinctly new way to look at a country that has been the quintessence of tourist experience for almost two centuries. “Fernweh” muses on the German word for a longing “to be elsewhere”.

Cole’s meditative and scrupulously composed work, made with color film, is evocative of the hidden history of the Alpine nation as well as of its highly curated terrain. Returning to Switzerland year after year, Cole shares the patience and mild palette of luminaries of contemporary European photography — but the constructivist tension in these images is all his own. With photographs shot in every corner of the country — from Vaud to Graubünden to Lugano — “Fernweh” creates a vision of Switzerland that, though largely devoid of human presence, is rich in human traces; none more so than Cole’s own distinct way of seeing.

TEJU COLE is a novelist, photographer, critic, curator, and the author of five books. He was the photography critic of the New York Times Magazine from 2015 until 2019. He is currently the Gore Vidal Professor of the Practice of Creative Writing at Harvard.

His novella, Every Day Is for the Thief, was named a book of the year by the New York Times, the Globe and Mail, NPR, and the Telegraph, and shortlisted for the PEN/Open Book Award. His novel, Open City, also featured on numerous book of the year lists, and won the PEN/Hemingway Award, the New York City Book Award for Fiction, the Rosenthal Award of the American Academy of Arts and Letters, and the Internationaler Literaturpreis, and was shortlisted for the National Book Critics Circle Award, the New York Public Library Young Lions Award, and the Ondaatje Prize of the Royal Society of Literature.

His essay collection, Known and Strange Things, was shortlisted for both the PEN/Diamonstein-Spielvogel Award for the Art of the Essay and the inaugural PEN/Jean Stein Award for “a book that has broken new ground by reshaping the boundaries of its form and signaling strong potential for lasting influence.” Known and Strange Things was named a book of the year by the Guardian, the Financial Times, Time Magazine, and many others.

Blind Spot (June 2017), a genre-crossing work of photography and texts, was shortlisted for the Aperture/Paris Photo Photobook Award and named one of the best books of the year by Time Magazine. He was commissioned by the 2017 Performa Biennial to present a multimedia solo performance piece, Black Paper, which the New York Times acclaimed as “quietly grave” and “thoroughly devastating.” His most recent books are Human Archipelago, a collaboration with the photographer Fazal Sheikh, and Fernweh, a book of photographs.
Teju Cole has contributed to the New York Times, the New Yorker, Granta, Brick, and many other magazines. His photography column at the New York Times Magazine, “On Photography,” was a finalist for a 2016 National Magazine Award.

There have been solo exhibitions of his photography in Italy, Iceland, India, Italy, Germany, Switzerland, and the US. He gave the 2014 Kenan Distinguished Lecture in Ethics at Duke University, the 2015 Susan D. Gubar Lecture at Indiana University, and the 2016 Spui25 Lecture at the University of Amsterdam. He was awarded the 2015 Windham Campbell Prize for Fiction, a 2015 US Artists award, and a 2018 Guggenheim Fellowship. He was a Poynter Journalism Fellow at Yale University in 2018. He serves as a board member for several periodicals and arts organizations and has participated in many literary and photography juries.
He delivered the Randy L. and Melvin R. Berlin Family Lectures at the University of Chicago in April 2019, gave the Class Day speech at the Commencement Ceremony of the Harvard Graduate School of Design in May 2019, and curated an exhibition titled Go Down Moses at the Museum of Contemporary Photography in July–September 2019.

Teju Cole was born in the US in 1975 to Nigerian parents and was raised in Lagos. He currently lives in Cambridge, MA.